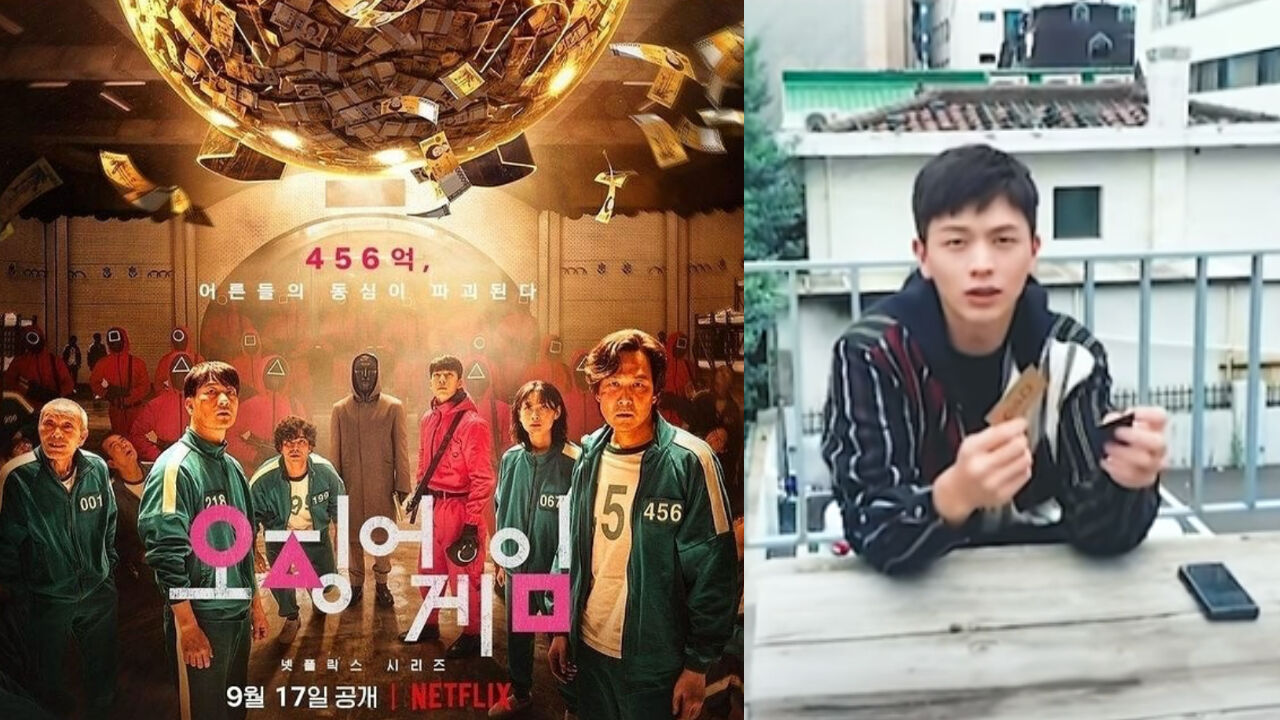 Yook Sungjae of K-pop boy group BTOB did not know what 'Squid Game' was as he had just been discharged from the military.

On November 15, one well-known hair stylist shared a parody of 'Squid Game' featuring many celebrities that she styles.

In this video, the hair stylist gives a 'Squid Game'-inspired business card and asks them if they want to join 'Hairdressing Game'.

One of the celebrities in the video was Yook Sungjae, who appeared in a military-style short hair.

When Yook Sungjae receives the card, he excitedly says, "Oh, I want to join this game! I want to win 45.6 billion won (approximately 38.6 million dollars)!"

At the end of the video though, there was a behind-the-scenes footage that showed Yook Sungjae's initial response to the moment when he received the business card.

Immediately after receiving the business card, Yook Sungjae comments, "What is this?"

With curious eyes, Yook Sungjae once again asks, "What is this? What is 'Squid Game'?"

Released on September 17, 'Squid Game' is one of the most talked about series in the world right now.

As Yook Sungjae had only completed his military service last week, it seemed like he still has not watched the series nor heard about the 'Squid Game' hype across the globe.

Fans are responding to this with comments such as, "Ah this is so cute!", "It looks like he still needs time to catch up with the world!", "Sungjae, you must watch 'Squid Game'! It's amazing!" and so on.