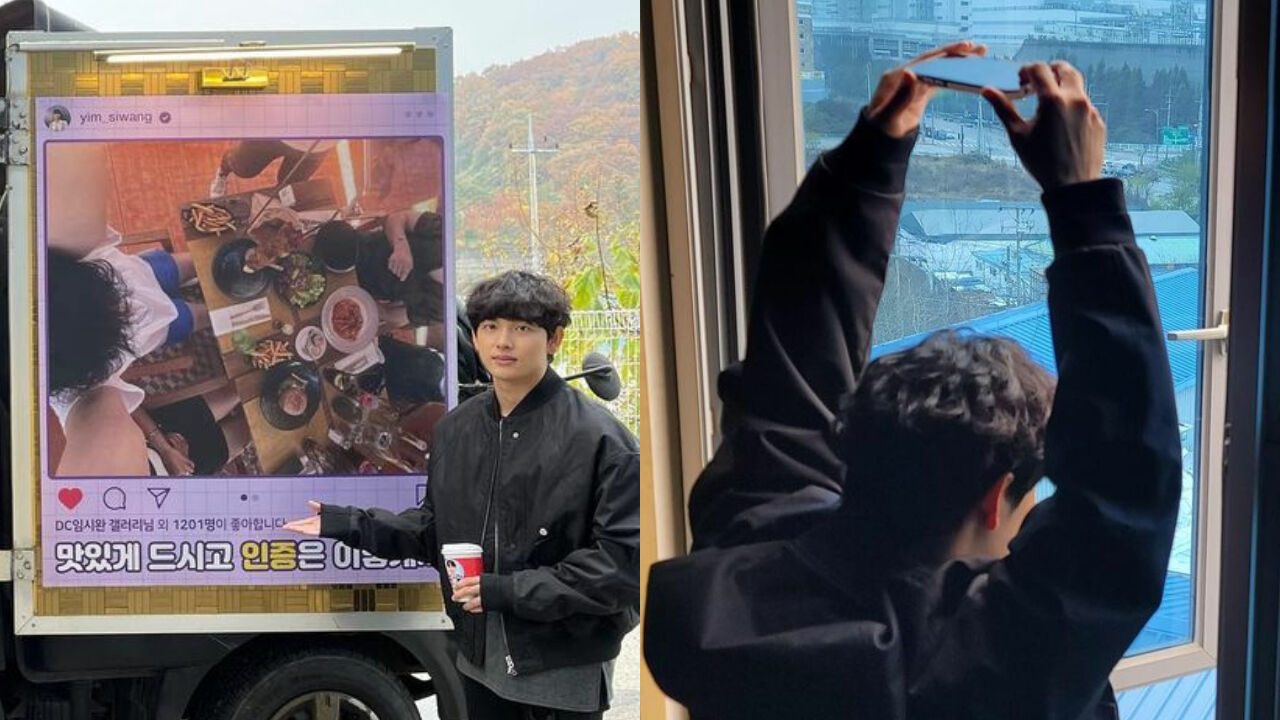 Fans are laughing about actor Yim Siwan's photos that he took of him enjoying snacks from them.

On November 4, Yim Siwan updated his Instagram with some new photos.

In the first two photos, Yim Siwan was seen standing beside a snack truck that was sent by his fans.

On this snack truck, it said, "You don't have to make any payments, just wish for the drama 'Tracer' (literal title) to make a great hit and enjoy the snacks."

Next to the snack truck, there was also a photo that Yim Siwan uploaded on his Instagram in the past.

The photo showed Yim Siwan holding his camera up high above his head to take a photo of the food on the table.

Under this photo, fans wrote, "Take photos like this to show us you enjoyed our snacks. From your fans."

Then in the next photos, Yim Siwan was seen trying to take photos just like how his fans told him to from the second floor of a building out the window.

It did not look like he was in a comfortable position, but he did manage to perfectly take those fan-requested photos.

After seeing his photos, fans could not stop laughing, and also thanked him for taking the photos.