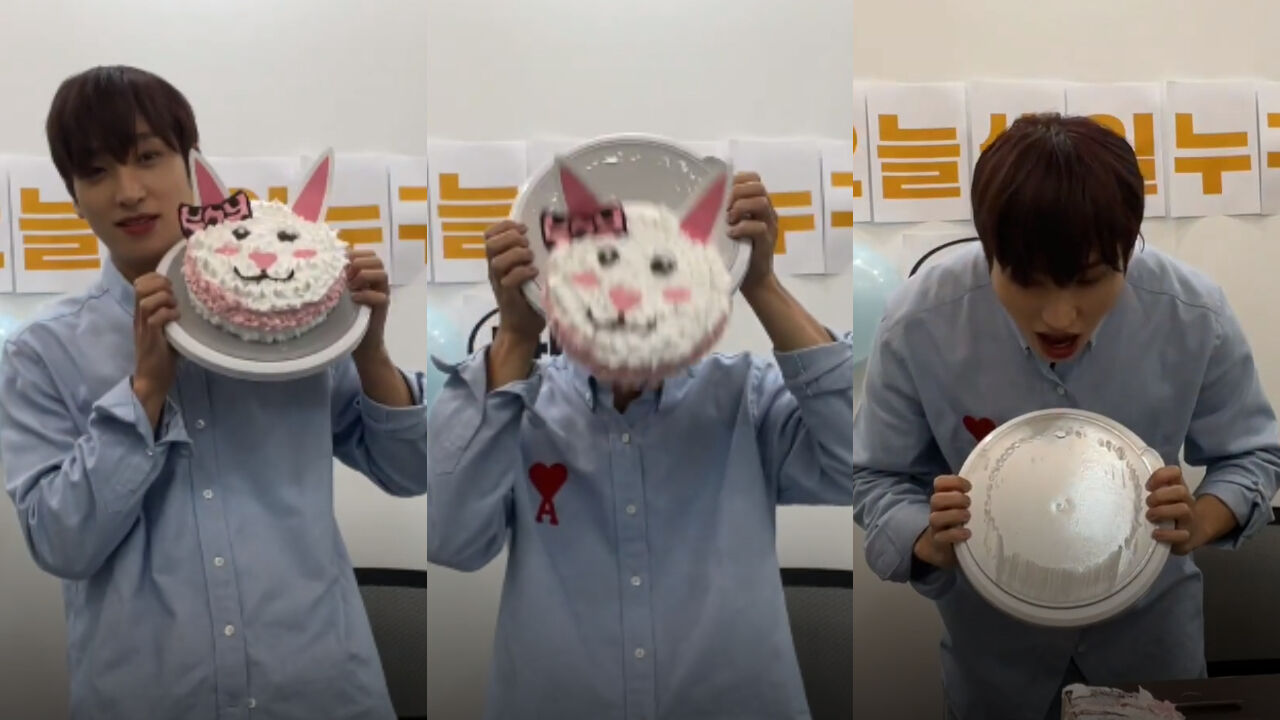 In the afternoon of November 4, SANGYEON went live on NAVER V LIVE.

The live broadcast was held to celebrate his 25th birthday.

During this live broadcast, SANGYEON decided to decorate his own birthday cake.

He first divided a vanilla sponge cake into three, then put different flavored creams between them.

Then, he completely covered the cake with some fresh cream, and let his first cake decorations begin on top of the cake.

SANGYEON said that he wanted to turn the cake into a face of a cute bunny.

After about 40 minutes, SANGYEON had finished decorating the cake.

Surprisingly, the cake actually looked great; the bunny's face turned out to be super cute.

SANGYEON excitedly got up from his seat, and held the cake up to show it to fans.

To make sure the fans got the better view of the cake, he tilted the cake as much as he could.

Right then, the cake slid down from the support and landed on the table.

SANGYEON laughed, then covered his face and repeatedly made a suffering noise, seeming as if he was devastated to witness this.

A little while later, he sighed and tried to mend the cake, then celebrated his birthday with a sad smile.