[SBS Star] Ro-ah Melts Cho Yoonhee's Heart with Her Answer to "Why Did You Come to This World?"

[SBS Star] Ro-ah Melts Cho Yoonhee's Heart with Her Answer to "Why Did You Come to This World?" 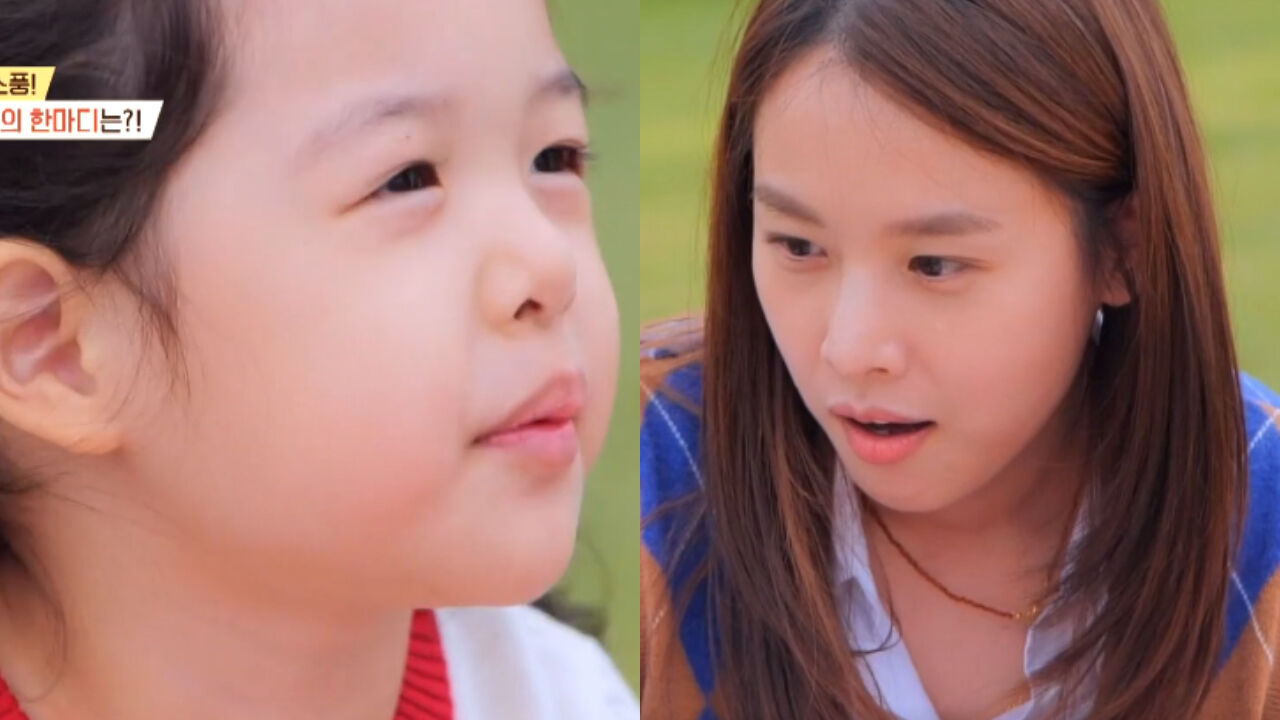 Actress Cho Yoonhee's daughter Ro-ah gave the actress the sweetest answer to a question, "Why did you come to this world?"

While having some snacks together, Cho Yoon-hee asked Ro-ah, "Can I ask you something, Ro-ah? Why did you come to this world? Why were you born?"

Ro-ah responded after a bit of pause, "Umm... Because I thought you might be scared by yourself.", then smiled like an angel.

During the interview with the production team later on, Cho Yoonhee shared her thoughts about her answer.

Cho Yoon-hee said, "Previously on this show, Kim Na-young asked this question to her son Yi-joon. At that time, he told her that he came to the world because he wanted to see his mother."

She continued, "I was so touched by his answer that I wanted to ask my daughter the same question for some time. Then, I finally did at the park."

She resumed, "Ro-ah's response very surprised me. I've thought over her response, and it really was true that I may have been a little scared and lonely all by myself."

The actress added, "After hearing her response, I once again realized how precious Ro-ah was to me, and how grateful I feel about having her by my side."

Back in May 2017, Cho Yoonhee and actor Lee Dong Gun announced that they were expecting a baby.

The couple got married soon after that, but divorced each other last year.