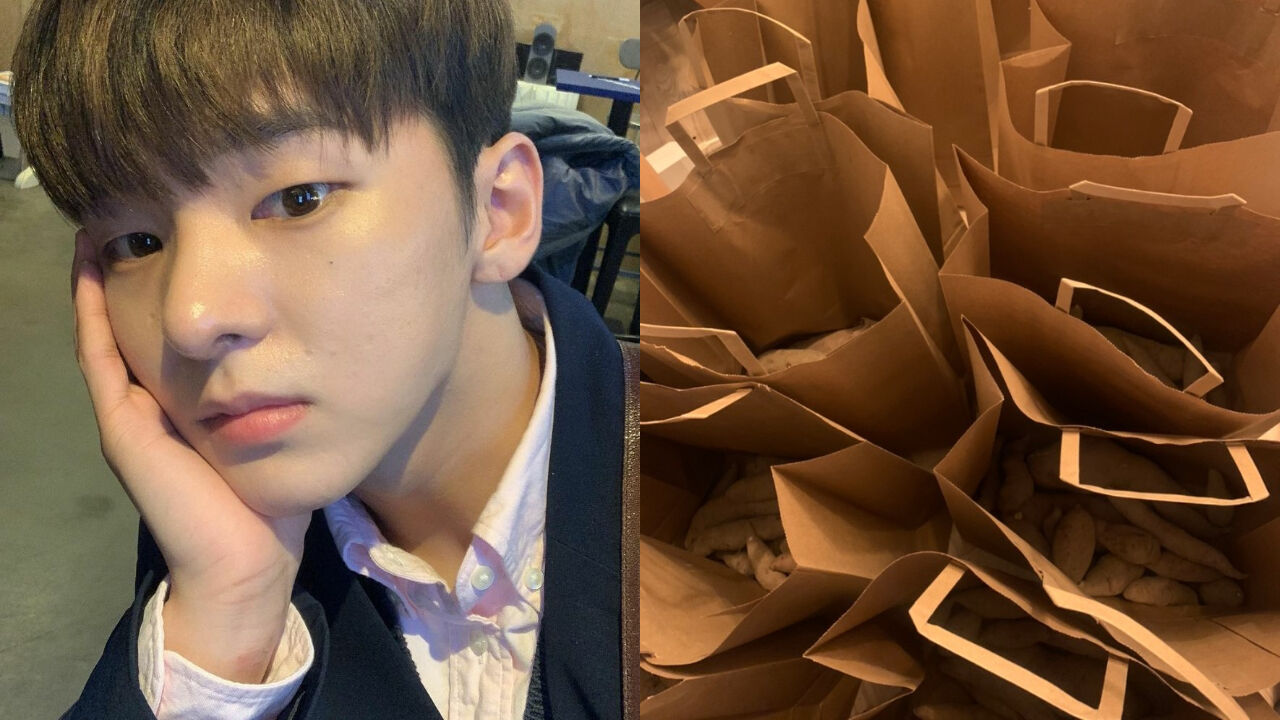 HYESUNG of K-pop boy group VANNER sweetly gave sweet potatoes from his grandmother to his fans.

Recently, HYESUNG updated his blog with a post titled, 'My sweet potato giveaway to fans'.

HYESUNG began the post by saying, "Some time ago, my grandmother sent me two boxes of sweet potatoes. She always gives me a lot of food, like a lot."

He resumed, "I thought I would be able to finish them in about two months, but I couldn't even finish a box when I had sweet potatoes for like two months straight. So, I decided to give some sweet potatoes away to my fans."

Later that day, HYESUNG held a live broadcast telling fans where his giveaway was going to take place.

At that time, he said, "That Sunday will be the sweet potato day. I'll give my sweet potatoes to all fans there. Please be there, and I hope you take them even you don't want them."

Then, HYESUNG shared photos of him neatly putting the sweet potatoes in clean paper bags.

Regarding these photos, he wrote, "I didn't think fans would like it if I gave them sweet potatoes just like that, so I bought some paper bags and also cards. I took photos for them as well."

He continued, "As I wrote cards to my fans, I could feel how they felt when they wrote to me. I'm already happy simply by thinking how much my fans would like to receive these."

After the giveaway, HYESUNG said, "A lot more fans came to the site than I thought, so I was worried that there may not be enough sweet potato gift packs."

He added, "But thankfully, everybody managed to get one each. I hope you all have a warm winter while eating those sweet potatoes!"

VANNER is a 5-member group that made debut with a studio album 'V' in February 2019.