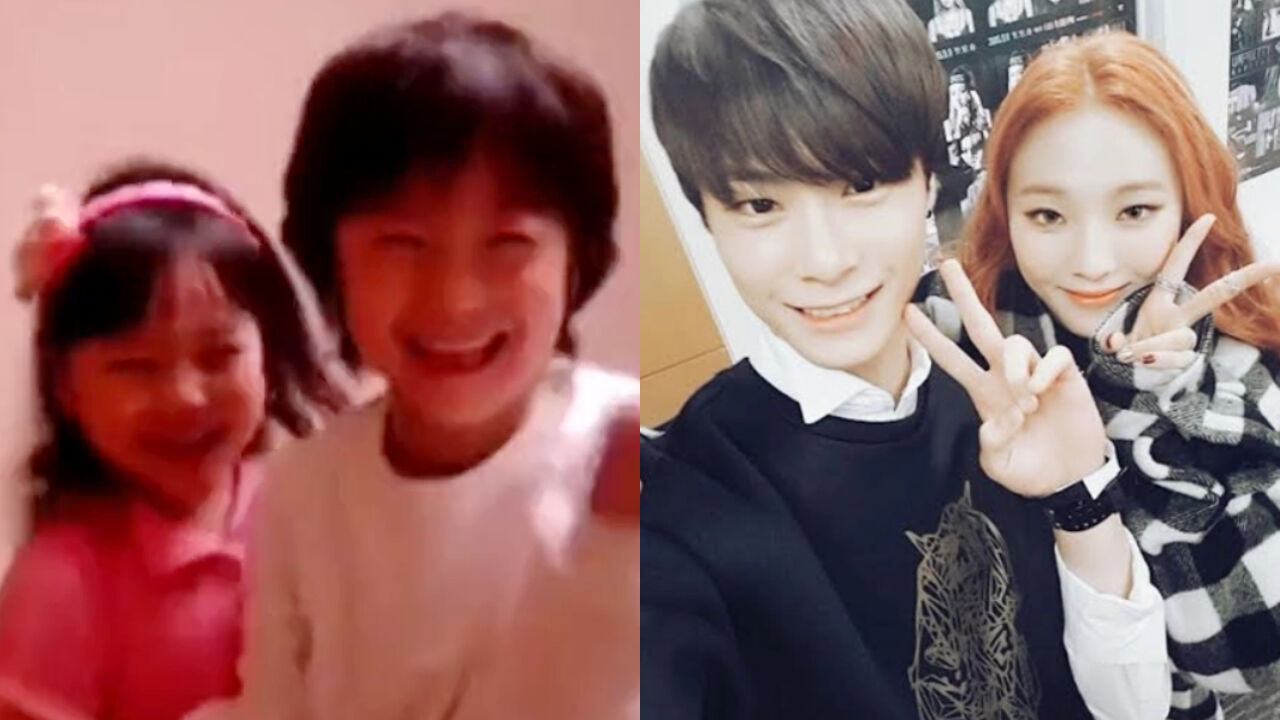 MOON BIN of K-pop boy group ASTRO and MOON SUA of upcoming girl group Billlie's cute past video is in the center of attention.

Since MOON SUA is about to finally make her debut following her 13-year long trainee life, some of her past photos and videos caught the attention of fans.

One of them that caught the fans eye the most was a video that was filmed at home of her performing in front of her parents.

But it seems like she wants to have all the attention as well as the stage to herself, because she just pushes him away hard.

As MOON BIN tries to join her performance again, she keeps pushing him away while saying, "Stop it!", but keeping the smile on her face.

Then another video plays where this time, MOON BIN steals the scene in the house with his adorable performance.

But then MOON SUA covers the camera and disturbs him.

MOON BIN also is seen pushing MOON SUA away so that he can have the living room to himself.

Their cute video quickly went viral online, and everybody is non-stop commenting on how cute they are in it.


MOON BIN initially made debut as a child actor in 2009; after his training at Fantagio, he debuted as a member of ASTRO in February 2016.

Her group Billlie is scheduled to make their K-pop debut in November 2021.