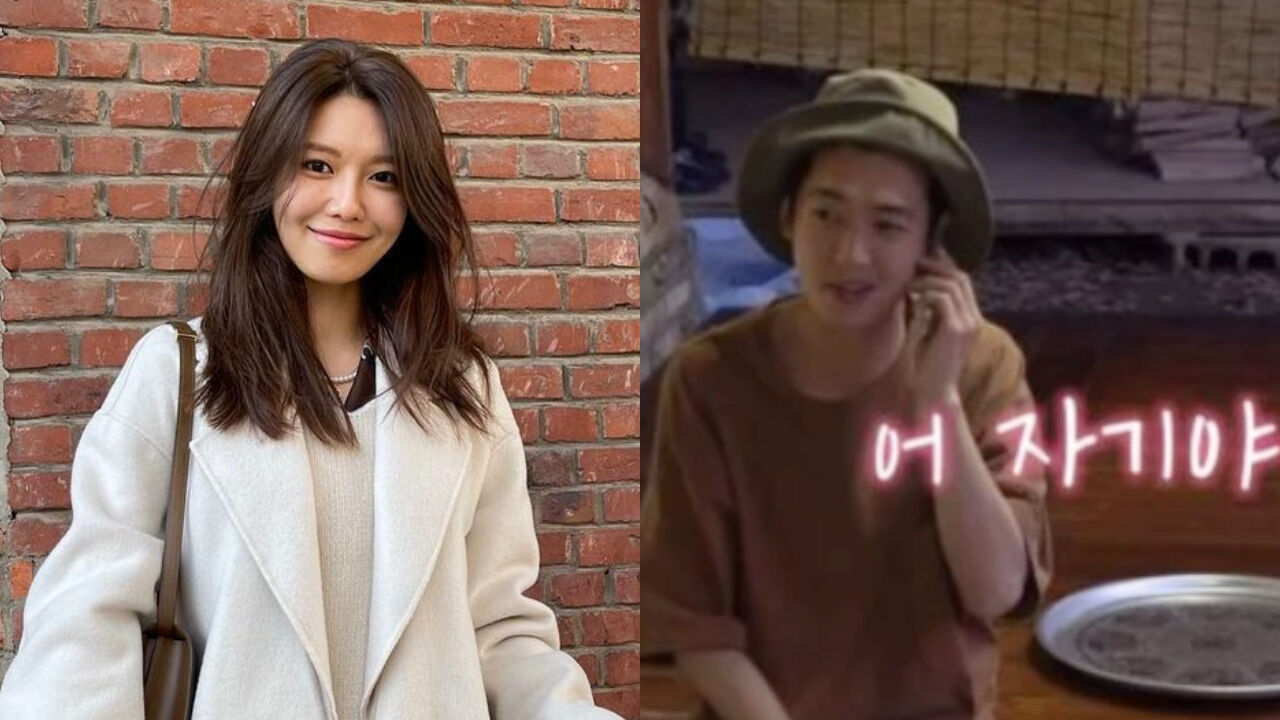 On October 29 episode of tvN's television show 'Mountain Life', Chung Kyung-ho and another actor Kim Dae-myung sat down for chi-maek (chicken and beer) while watching the sun go down.

Chung Kyung-ho watched the beautiful sunset and took some photos.

Then he said, "Wow, Sooyoung would love to see this."

As he said this, he received a video call from Sooyoung.

He jumped in surprise, and commented, "Oh my! She called me!"

When he picked up her call, he immediately said, "Babe, I was just watching the sunset and saying how you will love it. Then you called me. Look at the sunset."

Sooyoung responded, "Wow, the sunset is insanely beautiful. What are you two up to?"

Chung Kyung-ho answered, "We are having some chicken together."

That was when Kim Dae-myung broke in and said, "We bought it at the terminal nearby."

After listening to Kim Dae-myung, Chung Kyung-ho playfully gave him a death stare and made a hilarious remark.

He said, "Why does your voice sound cute? Why are you trying to be cute to my girlfriend?"

Kim Dae-myung laughed and answered, "Can't I be cute? Is it not allowed?", making Sooyoung burst into laughter.

Chung Kyung-ho and Sooyoung started dating each other in 2012, and they made their relationship public in January 2014.