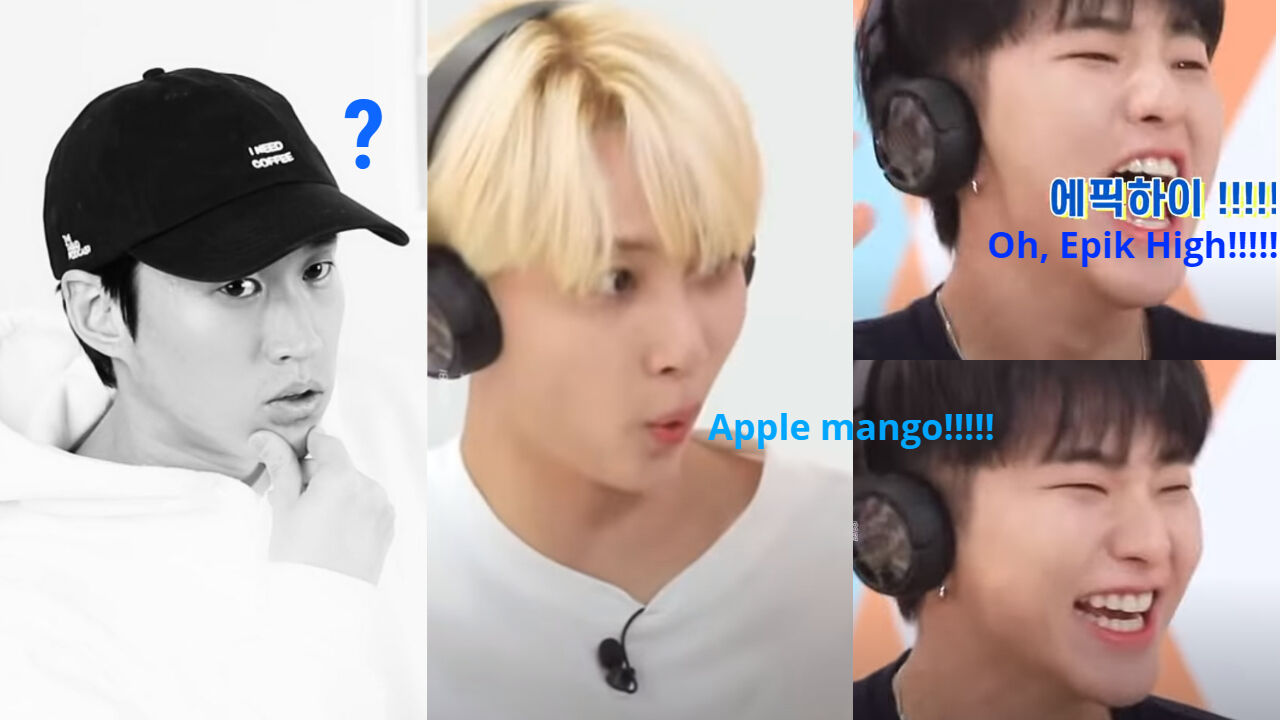 Recently, SEVENTEEN uploaded a video of the group members playing the 'Whisper Challenge' game together.

Everybody put headphones with music on, then JUN began the game by saying, "Apple mango" to JEONGHAN.

JEONGHAN correctly understood him, and passed the words to MINGYU.

JEONGHAN told MINGYU, "Apple mango" twice, which was the maximum times each of them were able to repeat themselves, but he could not understand him well.

MINGYU tilted his head to the side, seeming like he was unsure, and said, "Apple pie?" as he turned around.

After listening to MINGYU, HOSHI jumped in excitement and said, "Oh, Epik High!", as if he was certain the words were Epik High.

He confidently passed on the words, "Epik High" to WONWOO, then the last person JOSHUA said to the host, "The words are Epik High!"

The game host SEUNGKWAN grinned and just let them think that they got it right at that time, but later told them the words were, "Apple mango", which was not even an inch close to Epik High.

Not long later, this particular part of the video of SEVENTEEN playing the 'Whisper Challenge' game was watched by Tablo.

Tablo shared the video on his social media with a playful comment, "Yeah, this is basically an accurate replay of when we came up with our name."