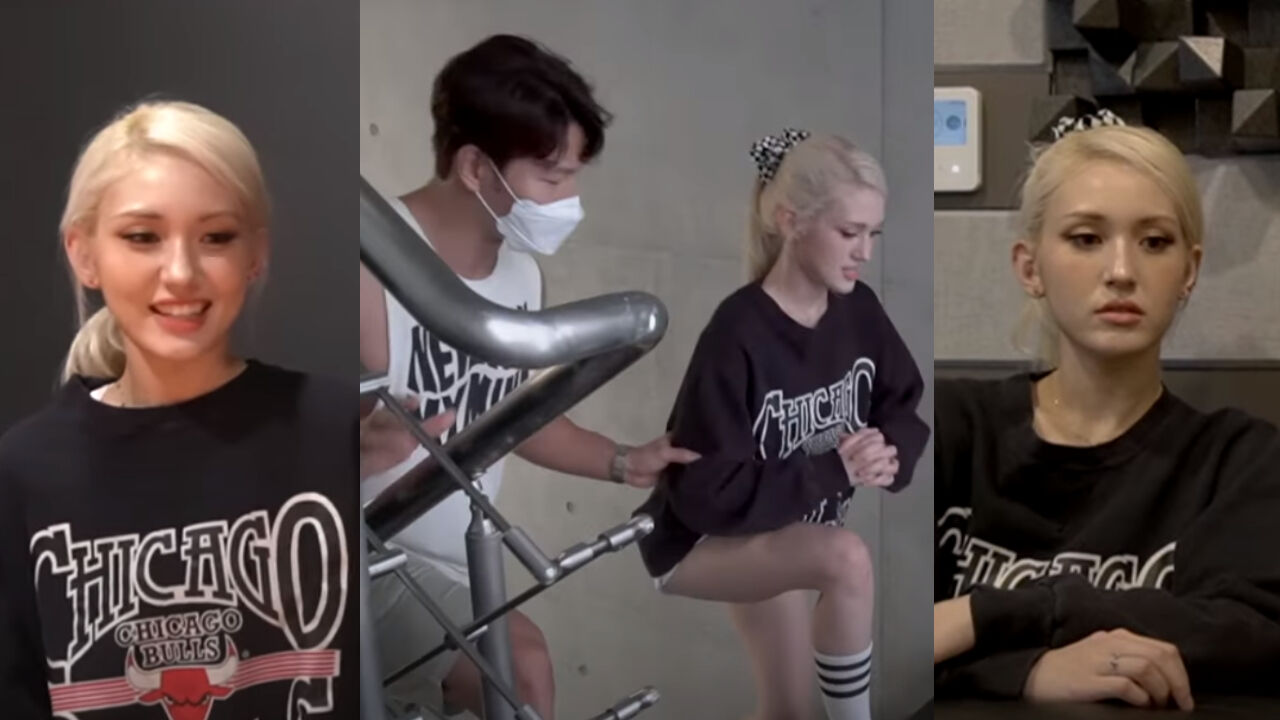 K-pop artist SOMI's before and after singer Kim Jong-kook's Spartan workout session is making many laugh.

On October 28, Kim Jong-kook updated his YouTube channel with a new video.

The video was of Kim Jong-kook visiting SOMI at her management agency.

When SOMI saw Kim Jong-kook, she welcomed him and excitedly talked about her new music, looking like she was full of energy.

After they talked for a bit, Kim Jong-kook suggested that they do a workout together.

He said, "I heard that there is no gym in this building, so I thought of something else: a staircase workout. I don't like the fact that the building is not very tall, but it will still probably do the job."

Then, they started his staircase workout where SOMI was trained to walk up two steps each time while fixing her heels to the steps and pressing her upper body as she went.

Every time she went up one floor, she also had to do squats.

Since she repeated it until they got to the top of the building, she said, "Wow, this is really hard."

Following the insane workout session, they went to SOMI's studio for a conversation.

Kim Jong-kook non-stop spoke about the importance of working out to keep oneself fit, and the best ways to go on a diet while eating what you want there.

As Kim Jong-kook continued to speak, SOMI almost just zoned out next to him, looking like she had gone somewhere else.

It was no wonder that the video was titled, 'Stairway to Heaven (feat. SOMI)'.
(Credit= '김종국 GYM JONG KOOK)