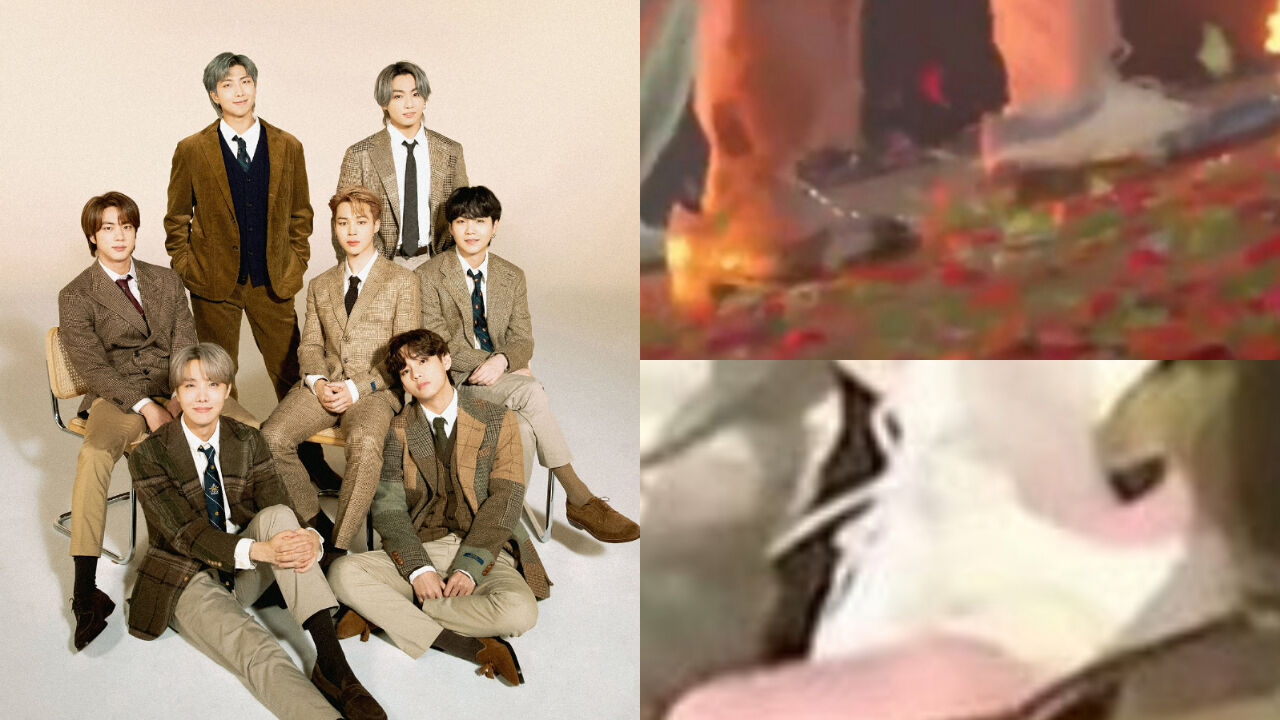 Fans are unhappy about the members of K-pop boy group BTS were given oversized shoes during the performance at their concert.

On October 24, BTS held the group's online concert 'PERMISSION TO DANCE ON STAGE'.

The concert lasted for about two hours, and millions of fans around the world watched it.

They had discovered the members of BTS were wearing shoes that were too big for them.

It was especially so with J-HOPE and JIN when they were performing 'Life Goes On', Boy with Luv', 'Dynamite' and 'Butter'.

J-HOPE and JIN's shoes were not just a little bit big, but noticeably huge for them.

Regarding this, fans said, "We can't believe their stylists gave them such big shoes. They have to dance with them, you know."

They continued, "It's really dangerous for them to dance with those big shoes. Please provide them the right size of shoes for the members' safety!"

They further stated that this was not the first time this has ever happened; they had witnessed the boys wearing oversized shoes during other performances, music video shootings and more in the past.