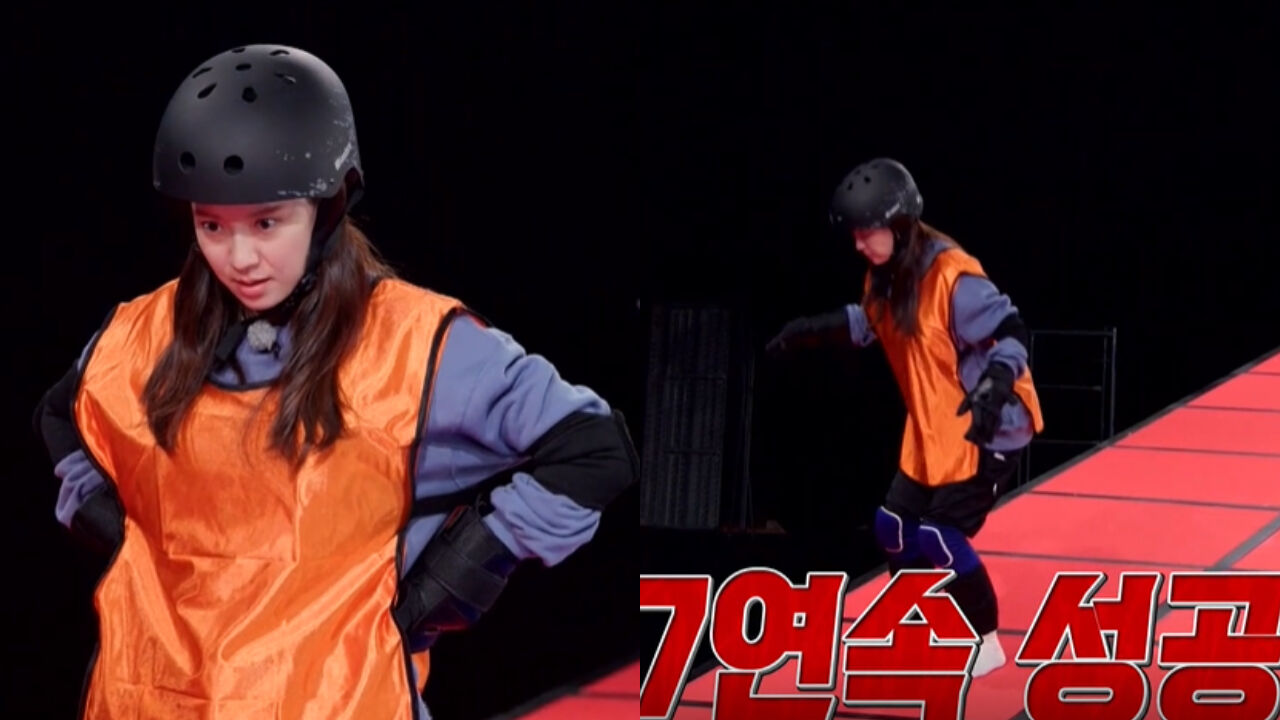 Everyone is commenting on how lucky actress Song Ji-hyo is after seeing her play 'Squid Game'-inspired game.

'Squid Game' is currently one of the hottest series across the globe, which depicts a story about 456 deeply-in-debt contestants entering the 'game' where they play children's games in order to win a ton of cash, while risking their lives.

One of the games they played in 'Squid Game' was 'Glass Stepping Stones', where each stepping stone is made of one of two types of glasses: tempered glass and normal glass.

Instead of glasses, there were two tiles―one made of polystyrene and one made of wood in 'Running Man'.

As it was impossible to tell which one was which just by looking at it, the 'players' had to rely on their luck.

Yu Jae Seok went first, but failed and fell down to a plastic box almost right away.

Then, it was Ji Suk Jin, who also immediately ended up falling down to a plastic box.

Song Ji-hyo started from the third tile, and nervously chose the next one to step on.

Surprisingly, she managed to land on the wooden tile seven times in a row.

The production team stated that there was only about 0.7% chance of her going that far.

While the members of 'Running Man' and guests watched her succeed, they made comments such as, "You made the game with the staff, didn't you?", "Wow, how are you that lucky!", "You probably will survive through 'Squid Game' if you had entered it!", and so on.