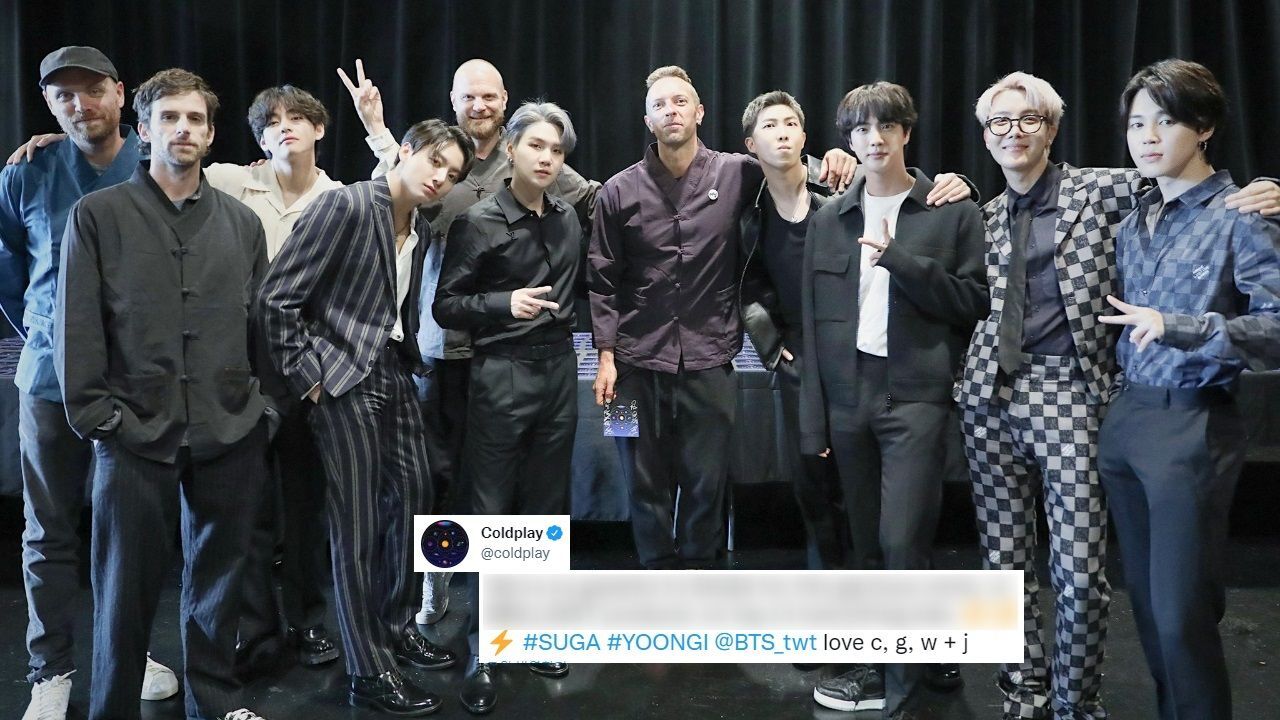 British rock band Coldplay highly praised SUGA of K-pop boy group BTS for the work he did on 'My Universe' remix.

On October 19, a new version of Coldplay and BTS' current hit single 'My Universe' was released.

The remix was produced by SUGA, and it is said to have come about following a conversation over lunch when the two groups met up in New York City recently.

Upon the release, SUGA commented through an interview, "I was thrilled to be able to work together with Coldplay."

He continued, "I've admired Coldplay since I was a kid. I feel much honored to be part of this remix."

The British band wrote, "We're so grateful to SUGA for this glorious remix."

They added, "A brilliant producer on top of everything else. #SUGA #YOONGI, love c, g, w + j."

SUGA's Remix also features on the Digital Deluxe Edition of the new album, Music Of The Spheres https://t.co/ekjnILgOnJ


The original version of 'My Universe' was released on September 24; it was very much loved around the world.

Back on the first week of the month, 'My Universe' made it onto the Billboard Hot 100 songs chart at No. 1.