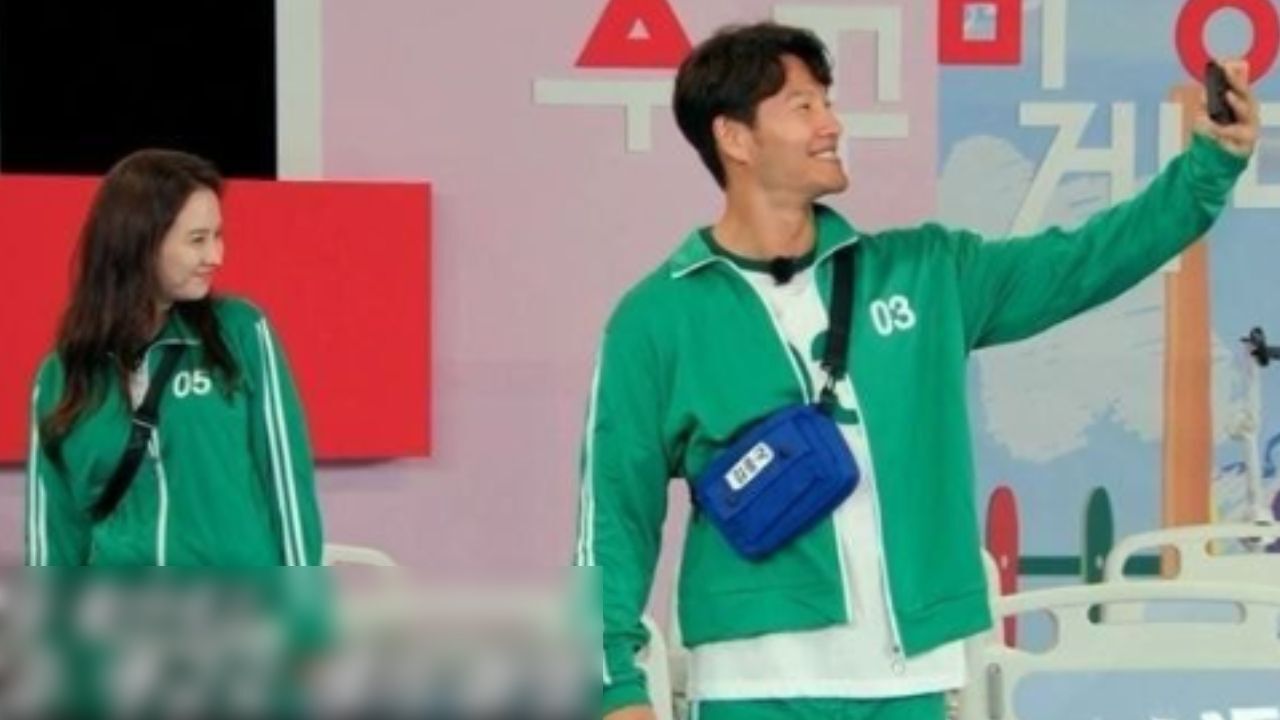 Before the game began, they took some time charging their energy by themselves.

At that time, Kim Jong-kook took his phone out to take a photo of himself with 'Octopus Game' filming set in the background.

While he was taking selfies, Song Ji-hyo came behind him and posed so that she could be in the photos as well.

They looked like a couple taking photos with each other while on a date.

As Yu Jae Seok and Yang Se Chan are the supporters of Kim Jong-kook and Song Ji-hyo's on-air romance, they immediately burst into happy laughter when they saw the two.

Then, they commented, "Are you two taking photos to upload on your Instagram as part of 'lovestagram'?"

To this, Kim Jong-kook responded, "No, no. I'm just taking selfies.", then changed the angle of his phone so that Song Ji-hyo was no longer in his photos.

But Song Ji-hyo followed the direction of his hand; she playfully tried not to miss the opportunity to take photos with him, making Yu Jae Seok and Yang Se Chan smile.