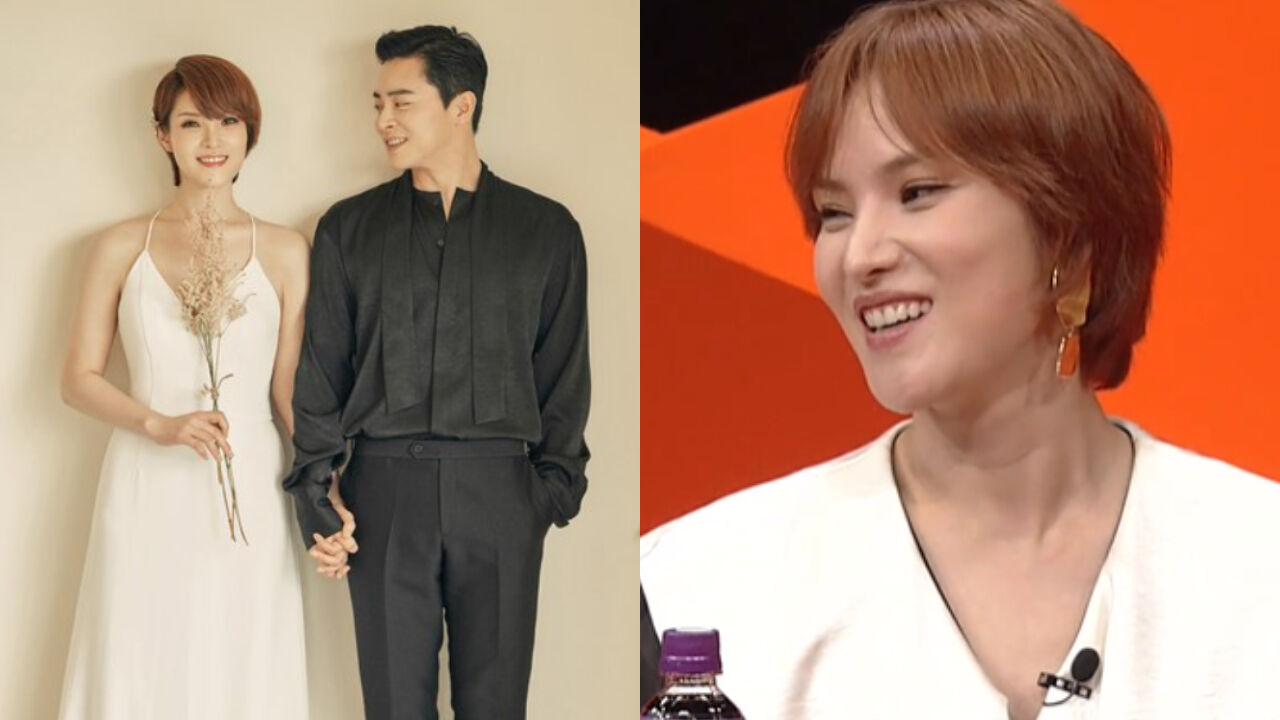 Singer GUMMY shared that she will be happy to marry her husband actor Cho Jung Seok again in her next life.

On October 17 episode of SBS' television show 'My Little Old Boy', GUMMY made a special appearance.

During the talk, the host Shin Dong-yeop said to GUMMY, "I visited Jung Sang Hoon's home a short while ago. While I was there, Cho Jung Seok came over."

He continued, "I felt like he called you like every one to two hours. His love felt so true. It made me feel so warm."

GUMMY laughed and responded, "Yeah, he calls me very often. I kept telling him that it's okay, but he keeps calling me to let me know where he is, what he is up to and stuff."

She added, "I think it's become more frequent after the birth of our daughter. It seems like he misses her a lot when he's not at home."

After that, GUMMY revealed what Cho Jung Seok's real personality is like.

GUMMY stated, "Jung Seok is funny and out-going like you see him on television. But he is quiet sometimes too. Overall though, he's humorous and caring."

She continued, "Our daughter actually looks a lot like him when he was a baby. They look almost identical. She very much likes using her voice. She even copies me when I clear my throat."

Then, Shin Dong-yeop asked her if she will marry him once more if she was born again.

With a shy smile, GUMMY answered, "Well, I wasn't planning on being born again, but if he asks me to marry him again in the next life, then I'll gladly say yes."

GUMMY and Cho Jung Seok began dating each other in 2013, then made their relationship public in 2015.

Then, they got married in October 2018, and GUMMY gave birth to their first child in August last year.