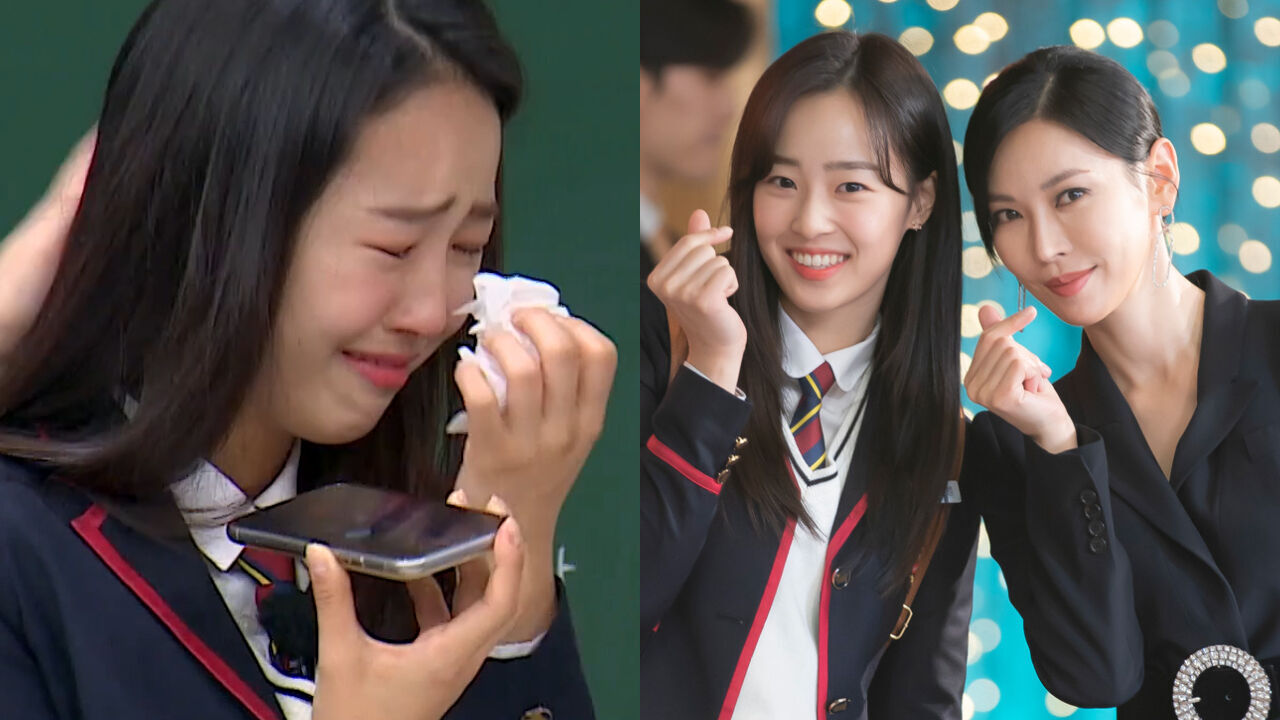 In this episode, Choi Ye Bin, Jin Ji Hee and Kim Hyun-soo were seen talking about their mothers in the recently-ended drama 'The Penthouse: War in Life'.

Choi Ye Bin said, "Kim So Yeon treated me to dinner several times while we were shooting the drama together. She even gave me a birthday gift last year. It was perfume."

Jin Ji Hee said, "Shin Eun-kyung gave me matching slippers one time. She gave me a hug after I filmed a scene where I had to let lots of emotions out as well."

Following that, Kim Hyun-soo shared about Eugene, "She also bought me dinners, and actually sang songs with me where I had to sing. That really touched my heart."

When they were done bragging about their 'mothers', the members of 'Knowing Brothers' asked them to text their 'mothers' saying they love them to see who gets the fastest reply.

It was Choi Ye Bin; Kim So Yeon replied the fastest out of the three 'mothers'.

In her reply, it said, "Oh, Ye Bin! What a coincidence. I was actually choosing your birthday present when you texted me."

It also said, "It's your birthday today, isn't it? Happy birthday! I believe this purse will go with you very well. See you on the seventh!"

Along with these sweet messages, Kim So Yeon had sent Choi Ye Bin a mobile gift voucher for a beautiful purse.

Choi Ye Bin called Kim So Yeon right away, and burst into tears while thanking her.

After hanging up, Choi Ye Bin explained why she cried, "We filmed 'The Penthouse: War in Life' for a long time together, and my very last shooting was a scene with Kim So Yeon."

She went on, "I got so emotional during shooting, but I tried my best not to cry. When it was all over though, I couldn't stop it anymore. As soon as I looked at Kim So Yeon, I just cried. I think I'm still emotional from then."