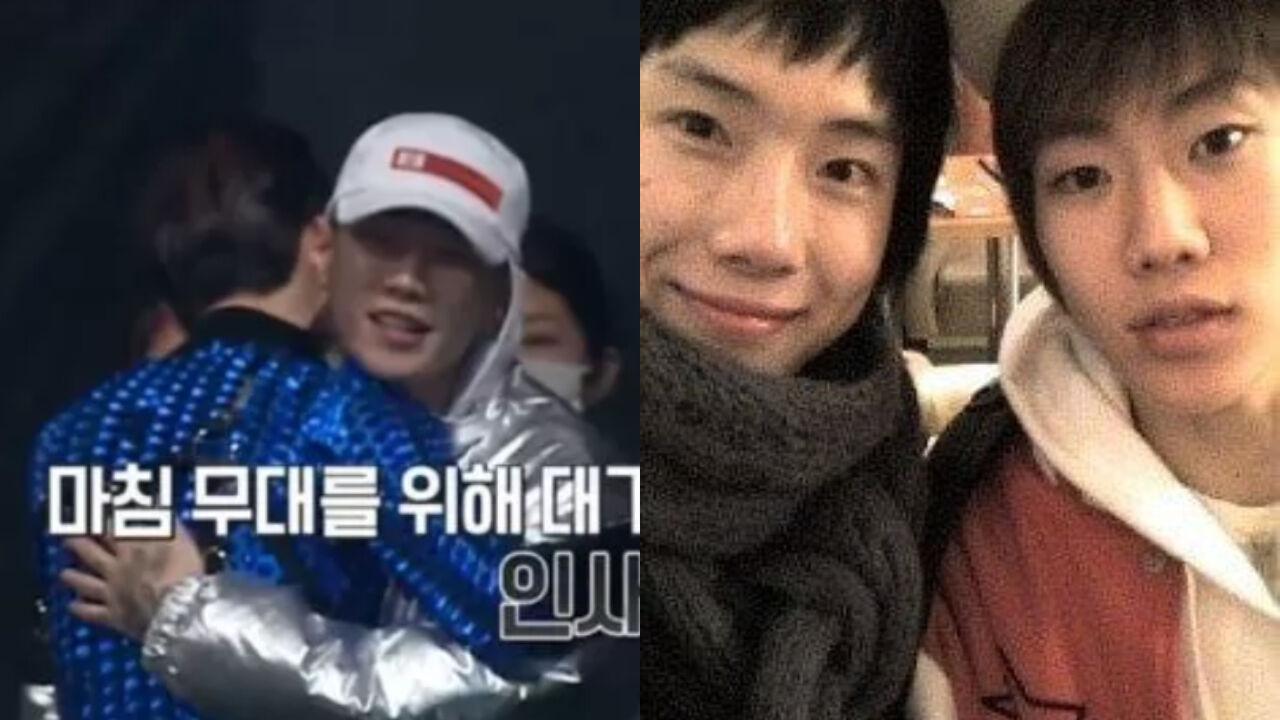 In this episode, each female street dancing team performed with one male dancer together.

The first team to go was 'LACHICA', who was planned to dance with Jo Kwon.

Following their exceptional performance, Jo Kwon came down the stage and high-fived his team members.

While doing so, he happened to spot Jay Park waiting for his turn with 'HolyBang' team.

Jo Kwon went up to Jay Park with a big smile on his face, then hugged him.

Jay Park smiled back, and told him, "Good job."

K-pop fans watching this shed their happy tears, because it had been so long since they saw these two stars with each other.

Jo Kwon and Jay Park trained for years together at JYP Entertainment before they made debut in 2008.

They were frequently seen together following their entry to the K-pop industry, but they were not seen together after Jay Park left 2PM in 2009.

After seeing Jo Kwon and Jay Park's hug, fans left comments such as, "Wow, it's been so long. I missed these two JYP leaders together!", "Awww! My heart's melting!" and so on.