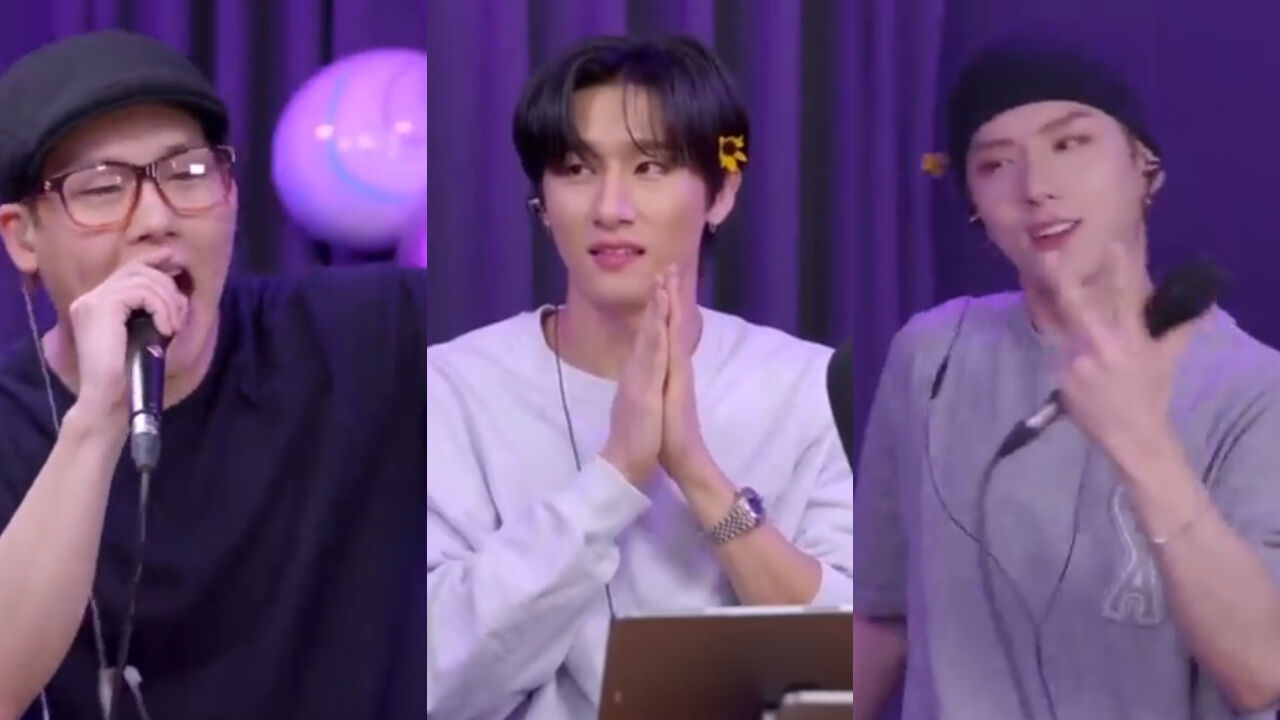 Everyone is in love with JOOHONEY and KIHYUN of K-pop boy group MONSTA X's cover of 'Next Level' by girl group aespa.

On October 6, JOOHONEY guested on NAVER NOW's radio show 'Idols in the Middle of the Night' (literal title) that is hosted by KIHYUN and another MONSTA X member I.M.

It was JOOHONEY's birthday on this day, and he expressed his wish to celebrate his birthday by singing an exciting song on the show.

Then JOOHONEY decided to sing 'Next Level', and KIHYUN said he would join him.

As soon as the music started to play, JOOHONEY sang the song while KIHYUN danced and harmonized with him.

They both looked like they were having the time of their lives as if they forgot they were shooting a radio show, but at a noraebang (singing room) by themselves.

Even though JOOHONEY is a rapper, his singing skills were really impressive; the song surprisingly sounded amazing with his singing voice.


While JOOHONEY and KIHYUN sang together, I.M awkwardly sat between them.

He was awkwardly smiling the whole time, not knowing how to respond to their hyperactive mini performance.

At one point, he even covered his mouth in shock, making fans laugh.

I.M is known as a quite introverted person, and their excitement may have been too much for him to handle then.