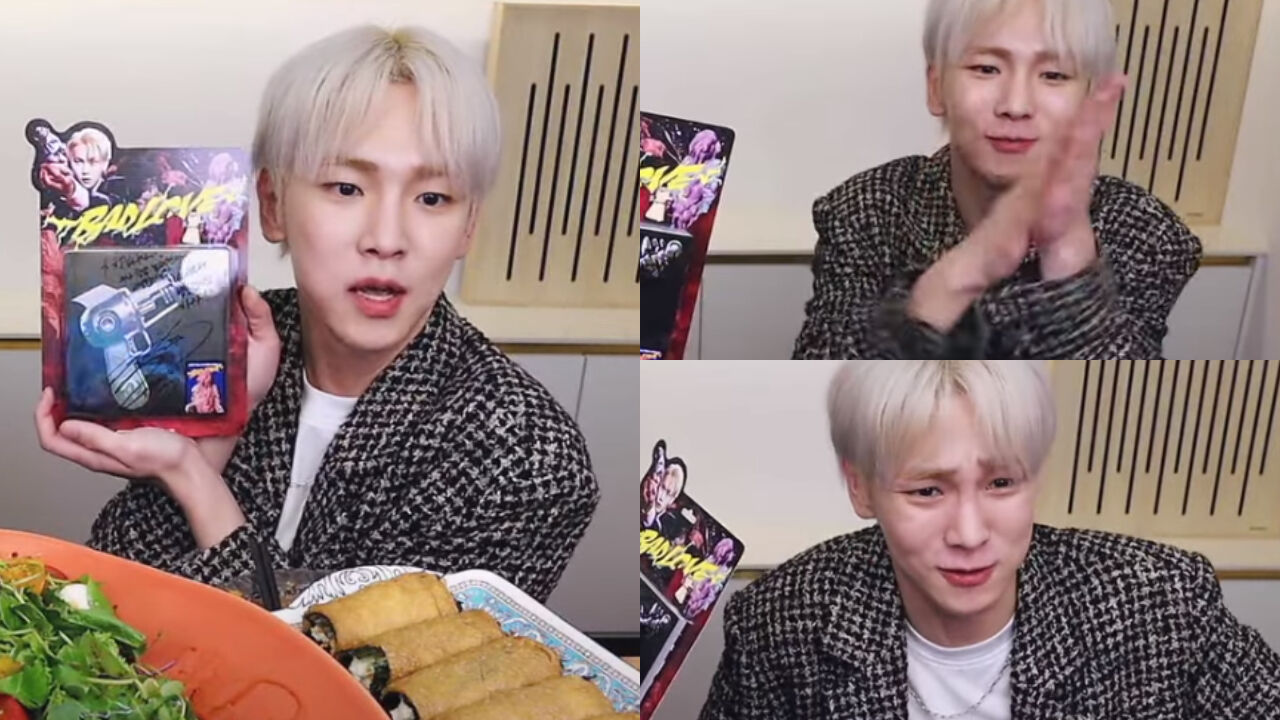 KEY of K-pop boy group SHINee playfully asked viewers of his live broadcast to buy his new album when over 40,000 people were watching it.

On October 4, KEY guested on one popular YouTube channel for a live mukbang broadcast.

During their mukbang, the number of live viewers reached 40,000 people.

Just as when KEY noticed this, he said, "Hold on, guys." then took his new album 'BAD LOVE' out from the corner.

The K-pop star showed it to the camera, and said, "40,000, right? Can each of you please buy my album? Please, please, please, just one! Pretty please."

While he said this, the YouTuber next to him collapsed in convulsive laughter and said, "Okay, okay, promote your album now. It's a good time as there are over 40,000 people watching us."

KEY commented, "It's my latest mini album 'BAD LOVE'. Isn't it cute? This is an A version, which is harder to get than other versions as it was produced less. I brought it for noona here."


After that, they carried on their mukang with yukhoe (raw beef) and gopchang (grilled intestines) following different kinds of gimbap (rice rolls with seaweed).

As they went on, they noticed that their live broadcast hit 50,000 viewers.

They quickly brought KEY's new albums from the back, and KEY pleaded the viewers for their purchase once again.

KEY laughingly said, "Buy one each, please. Please listen to my songs just for once, at least. Will you, please? Please!"