- 대메뉴 리스트
[SBS Star] "He Might Get Hurt..." VERNON Is Unable to Rank SEUNGKWAN's Appearance Out of SEVENTEEN?
라이브 제보하기 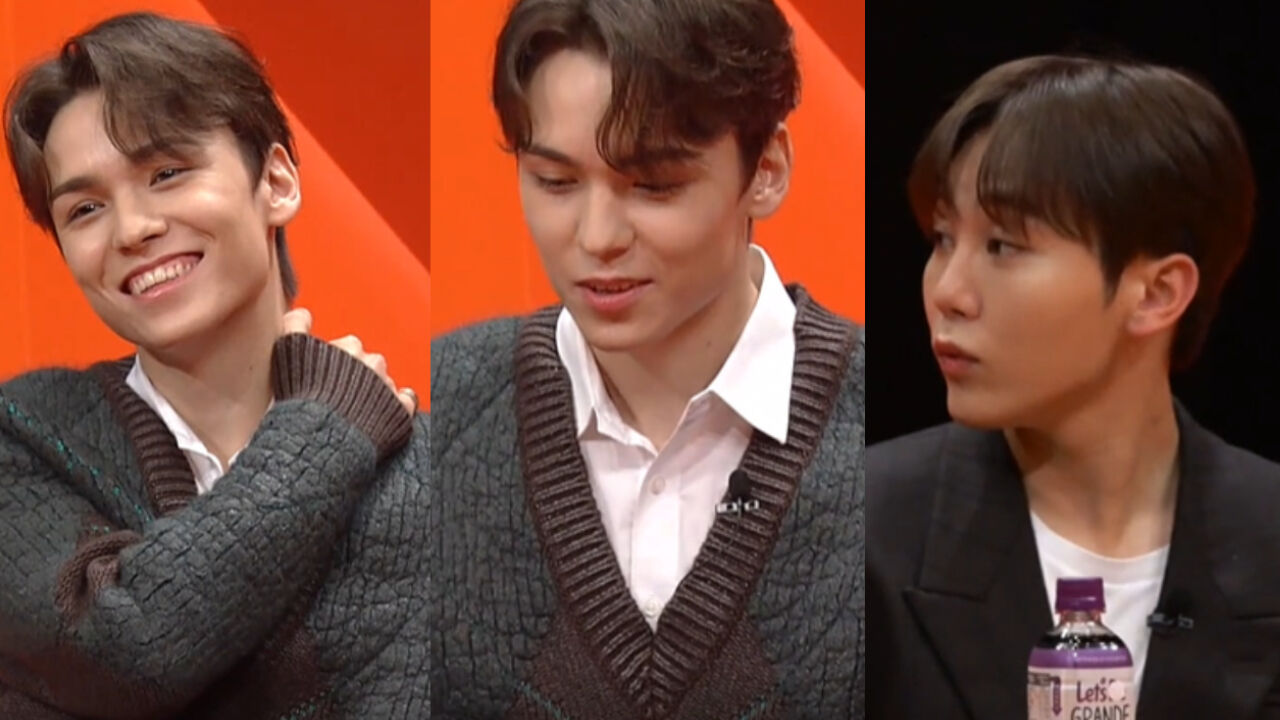 VERNON of K-pop boy group SEVENTEEN shared that he cannot rank his fellow member SEUNGKWAN's appearance out of the group's members.

On October 3 episode of SBS' television show 'My Little Old Boy', VERNON and SEUNGKWAN made a guest appearance.

During the show, the host Shin Dong-yeop mentioned an interesting thing that VERNON said to the production team before shooting.

Shin Dong-yeop said, "A few days ago when the production team called VERNON to ask some questions prior to the recording, he was asked whether he could rank himself out of SEVENTEEN members in terms of the looks."

He continued, "At that time, he said, 'Well, I'm probably somewhere at the top.' But when asked he could rank where SEUNGKWAN lies, he said, 'I don't want to say it, because he might get hurt.'"

SEUNGKWAN shrugged with his eyes widened and said, "Why didn't you just tell them where I am in the rank? Why do you assume that I would be hurt? I mean, I'm more hurt by this!"

As VERNON could not give him an immediate response, another host Seo Jang Hoon commented, "Okay, then could you tell us whether SEUNGKWAN's rank is under the 10th?"

VERNON hesitantly answered, "Umm... I mean... I don't know, it's just...", then awkwardly nodded to himself after catching a glimpse of SEUNGKWAN.

Then, SEUNGKWAN playfully responded, "You know what? Just forget it!"

VERNON and SEUNGKWAN are only a month apart, and are known to be great friends with each other.