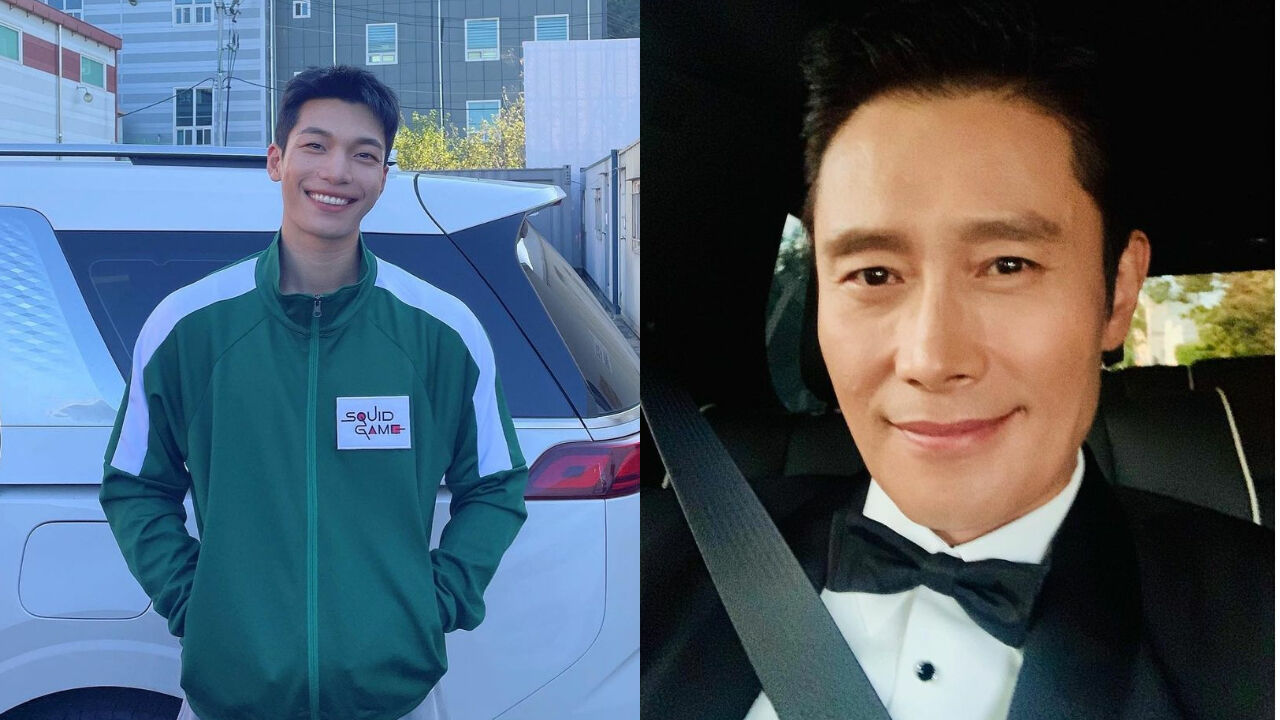 On September 30, Wi Ha-jun sat down for a video interview with the press.

Wi Ha-jun said, "'Squid Game' was going to be made by such amazing director and actors/actresses that I really wanted to become part of it."

He continued with a smile, "I auditioned for my role as 'Hwang Jun-ho'. I did my best at the audition, and thankfully managed to get my part in the series."

Then, Wi Ha-jun mentioned acting with Lee Byung Hun in the series as brothers.

Wi Ha-jun said, "I was told that Lee Byung Hun's character and my character were brothers prior to the shooting. I was so excited about that."

He resumed, "When I met Lee Byung Hun, I got super excited. Actually, I was really excited even before I met him. I've always been his fan. I love his acting."

He went on, "After filming together, I realized even more that he was an incredible actor. Every lines and expressions he delivered made my heart beat fast."

After that, the actor also mentioned what Lee Byung Hun was like when the cameras were off.

Wi Ha-jun said, "We ate together, and he took such great care of me then. Not only was he caring, but also was friendly. I was very touched. He treated me extremely well."