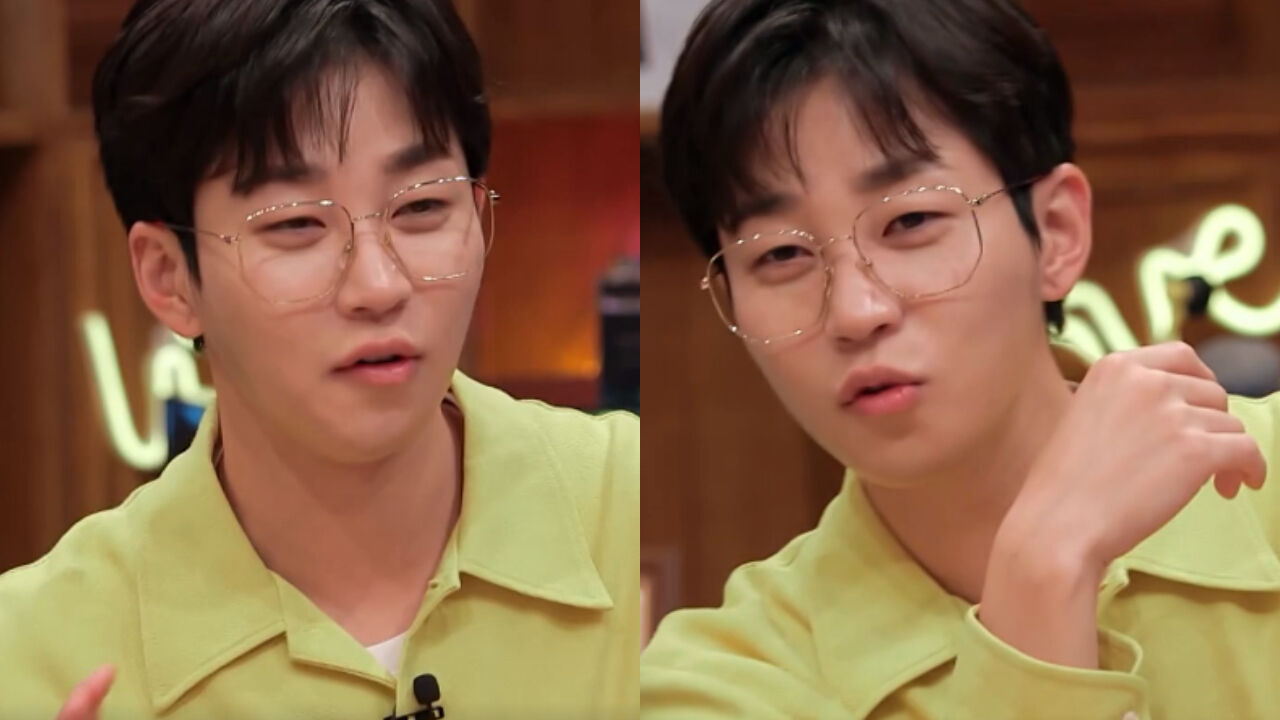 Hip-hop artist DIN DIN revealed that he is able to tell which K-pop stars had gone out with each other.

While on the topic of K-pop stars' secretive dating lives, SEUNGHEE of K-pop girl group OH MY GIRL was asked what she would do if she happened to meet her ex-boyfriend for a show together.

SEUNGHEE responded with an awkward smile, "Well, I wouldn't really know as I've never experienced it myself, but..."

She continued, "I don't think I'll leave my waiting room except for when we have to shoot. I'll probably look down as I walk as well."

DIN DIN said, "It's actually quite easy to notice K-pop star couples who have broken up with each other. When shooting a show with them, they would be really awkward at first. They wouldn't even look at one another, you know."

The hip-hop artist resumed, "But once the cameras start to roll, they are all like, 'Oh, hi! It's so nice to see you!'; they become best friends. Then as the shooting ends, they turn awkward again."

He went on, "If K-pop stars act differently to how you usually know them during shooting, it's 100 percent because of their ex in front of them."

Lastly, he added, "It's fun trying to spot broken-up K-pop star couples when I'm shooting with lots of K-pop stars. I look around everywhere to find some clues."