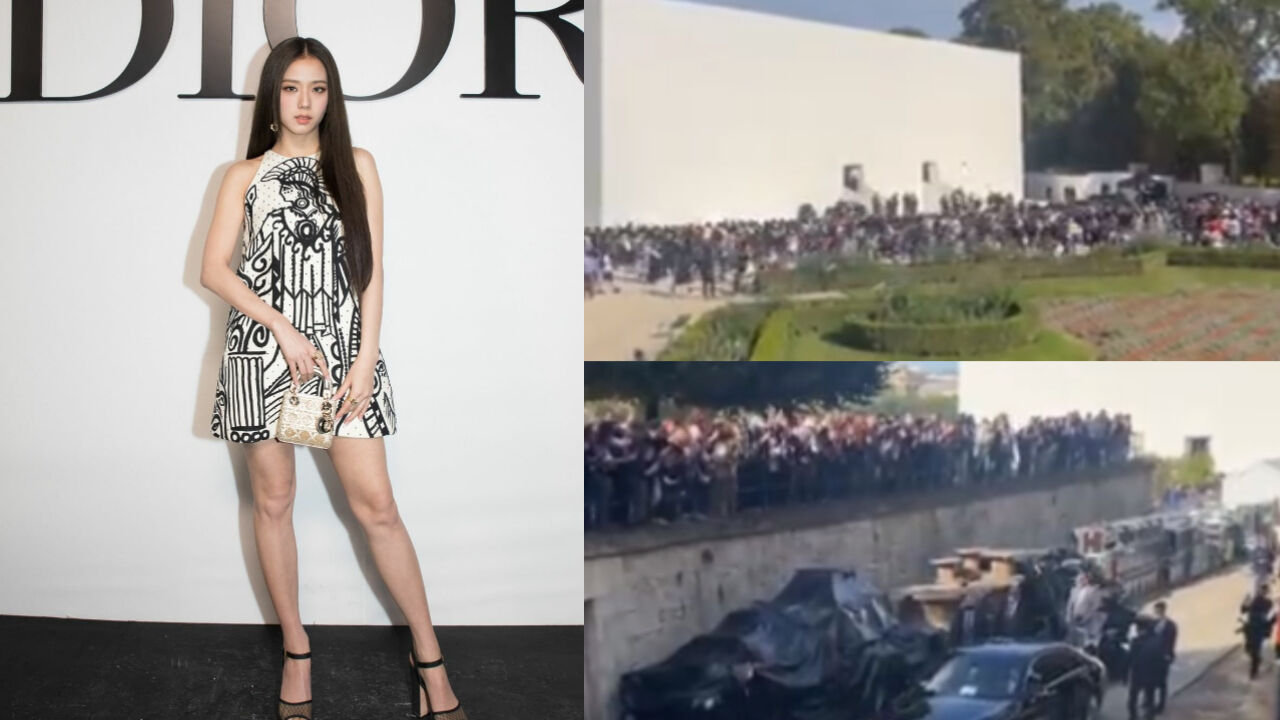 On September 28, JISOO attended a fashion show for one luxury brand in Paris for Fashion Week.

As JISOO walked out of the venue following the show, fans who were waiting to see her flocked together around the entrance.

There were hundreds of them; they screamed out loud her name and filmed her with their phones and cameras.

JISOO waved to fans while walking to her car next to her bodyguards.


Even after she got into her car, fans surrounded her.

Her car drove slowly while her bodyguards on foot as well as on motorcycles protecting her, and she waved out the car window.

Many fans watched her leave the venue like that.


On this day, JISOO gained a lot of attention online when her photos from the show were released.