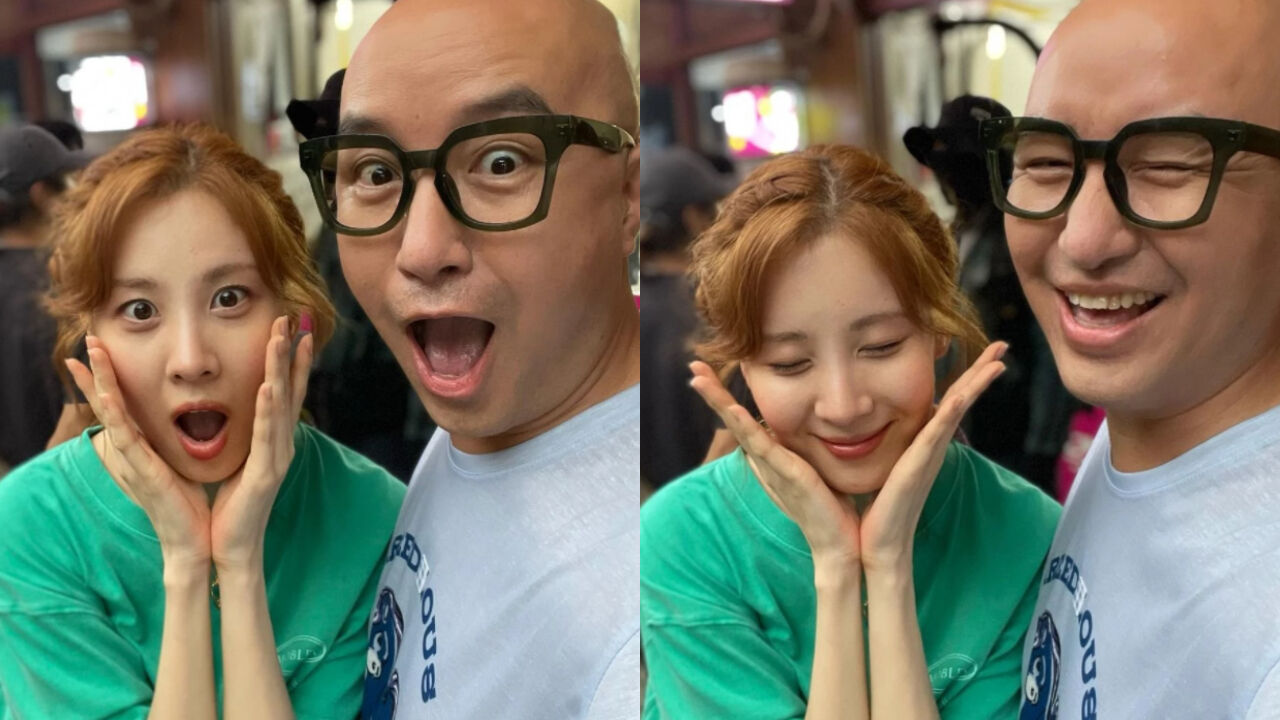 On September 26, Hong Seok-chun updated his Instagram with some new photos.

The photos showed Hong Seok-chun and Seohyun making playful poses next to each other.

They were taken at a shooting site for Seohyun's upcoming fantasy romance drama 'A Woman with Jinx' (literal translation).

In the caption, Hong Seok-chun wrote, "Seohyun is pretty in every angle with any kind of facial expressions. She also doesn't need such things as beauty filters."

The entertainer continued, "Usually, I'm the moodmaker when I go and film something, but I lost my spot to Seohyun here."

He went on, "Not only is she kind and polite, but she is so full of bright energy that she makes everybody laugh. The staff love her."

He added, "Let's have fun shooting the drama together! Pay your attention to 'A Woman with Jinx', everybody!"

It seemed like Hong Seok-chun filmed for his cameo appearance in the drama on this day.

Based on a popular webtoon of the same name, 'A Woman with Jinx' is expected to be unveiled in a couple of months, no later than the end of this year.