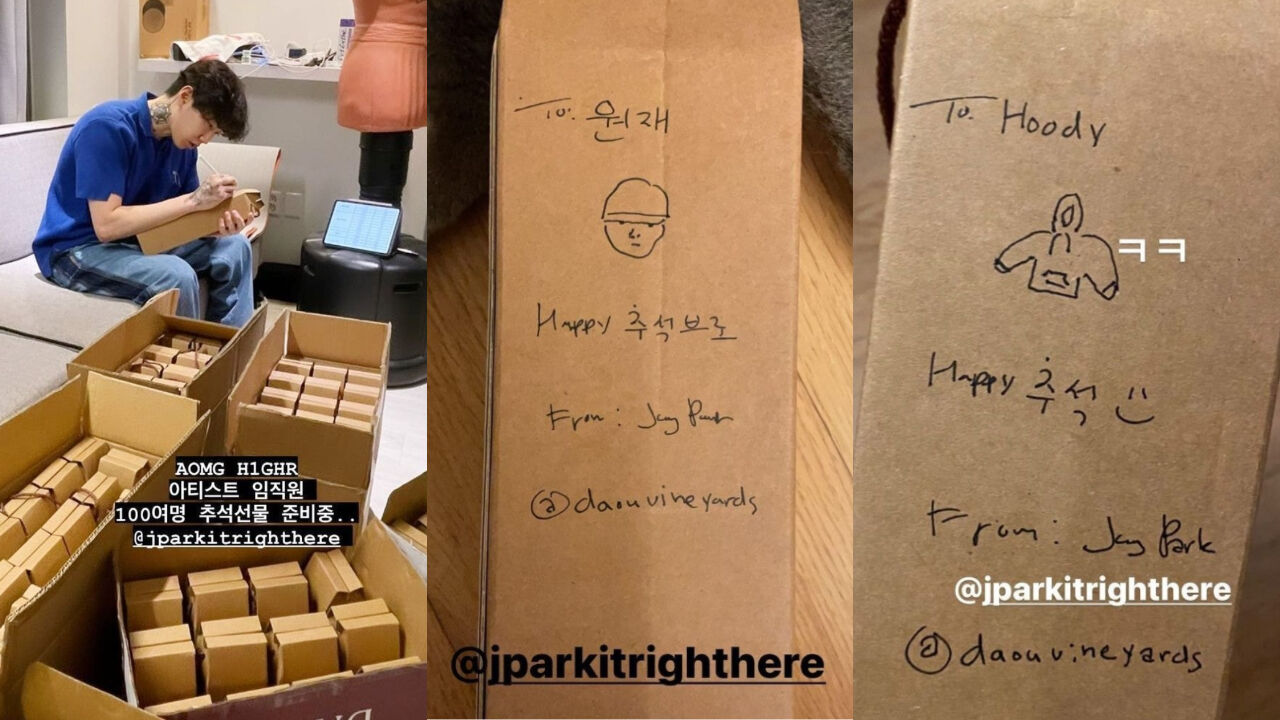 Korean-American hip-hop artist Jay Park prepared special Chuseok gifts for everyone who he works with.

On September 16, Jay Park updated his Instagram with a new photo.

In the photo, Jay Park was sitting on a couch; writing something on a box of wine with a pen.

Next to him, there were lots of boxes of the same wine that he was holding in his hand.

Over this photo, Jay Park wrote, "I'm preparing Chuseok gifts for AOMG and H1GHR MUSIC's employees and artists. There are over 100 of them."

Chuseok is an upcoming national holiday in Korea, and it seemed like he wanted to show his gratitude to those who work hard for his labels by giving them something.

Not a long while later, AOMG and H1GHR MUSIC's employees and artists started uploading Jay Park's gift on their social media.

It turned out Jay Park drew a drawing that was related to their names; different for everybody, on top of a Chuseok celebration message.

His playful but smart drawings as well as his sweet move are making many smile ahead of Chuseok next week.