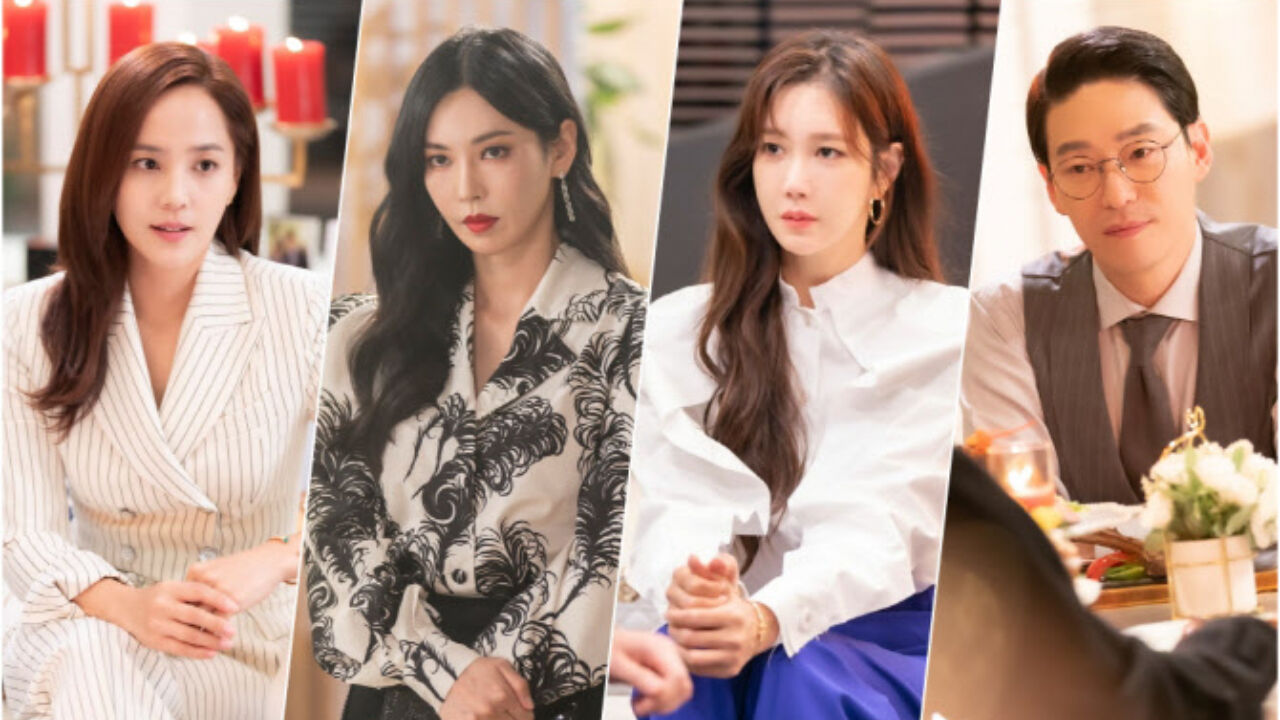 Actresses Eugene, Kim So Yeon, E Jiah and actor Um Ki-joon expressed their sadness about wrapping up 'The Penthouse: War in Life 3'.

On September 10, the four main cast of 'The Penthouse: War in Life 3' sat down to share how they feel about wrapping up the drama.

First, Eugene said, "It's been a long journey. It definitely wasn't an easy one, but as I received so much love and support through the drama, I could keep going."

She continued, "It was an adventure as well as challenge for me to have played my character 'Oh Yoon-hee'. It was difficult, but really fun to work with the team. I would like to thank them, and all the viewers for such great love."

Then, 'Chun Seo-jin' Kim So Yeon said, "I feel kind of sad and bitter about the fact that I have to let go of 'Chun Seo-jin' and the residents at 'Hera Palace'. It's going to feel very empty for a while."

She went on, "'The Penthouse' gave me a lot of acting experience. The drama will stay in my heart forever. I hope the members of 'The Penthouse' team will get some good rest now that it's over."

After that, E Jiah, who played 'Shim Soo-ryeon' and 'Na Ae-gyo' said, "I remember the first time reading the script for the drama. At that time, I kept asking myself, 'Okay, how am I going to play my characters? What will be the best way?' That's been like two years already."

She resumed, "For the last two years, I only thought about my characters. 'The Penthouse' was everything for the last two years of my life. I believe we were able to wrap this up so nicely all thanks to our viewers, staff and actors/actresses. Thank you."

Lastly, Um Ki-joon (Joo Dan-tae) commented, "Some days during shooting were certainly harder than other days, but I was happy for all those time that I was 'Joo Dan-tae'. Thank you for giving him love."

He added, "I was able to become happier because of our viewers who enjoyed 'The Penthouse'. Thank you. I would also like to express my deepest gratitude to every member of 'The Penthouse' team."

The final episode of 'The Penthouse: War in Life 3' is scheduled to be broadcast on September 10 at 10PM KST.