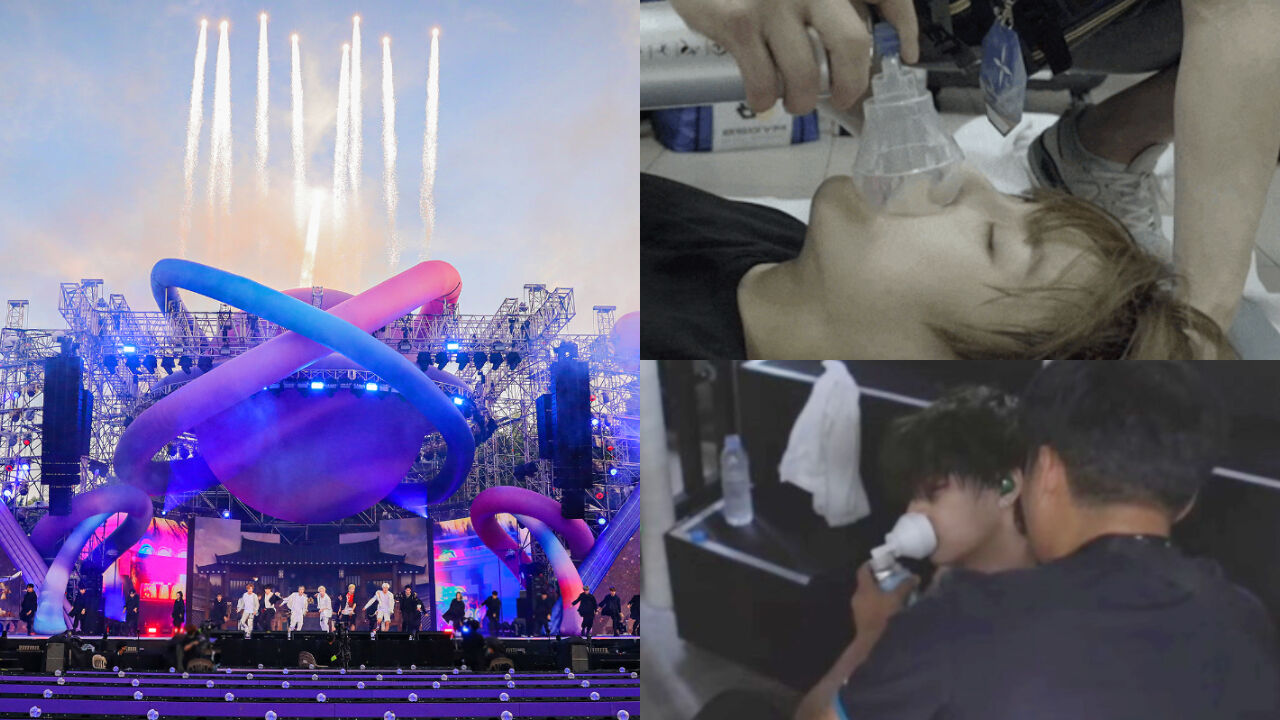 During the quiz, Ji Suk Jin and the hosts learned a heartbreaking fact about the members of BTS.

It was revealed that the first thing BTS did when they returned backstage after their performance was to put oxygen masks on.

Regarding this, everyone in the studio commented, "Wow, that's really professional of them, but very sad. No wonder they're so loved around the world."

As they were talking about BTS, the hosts asked Ji Suk Jin about being friends with JIN.

Ji Suk Jin shyly stated, "It's quite embarrassing for me to say that we're close. We only exchanged our phone number..."

He resumed, "I mean, we do text each other every now and then, but I'm worried that me speaking about JIN will have a negative influence on JIN."

Then, Ji Suk Jin shared JIN contacts him even when he is busy.

Ji Suk Jin said, "Even though JIN is busy, he sends me photos when he's in the States and stuff. It's been a while since we last spoke though."

He continued, "I can't even imagine how hectic his life is. So, I try not to disturb him these days; that's why I don't text him first."

After shooting the show together, they exchanged their phone number and kept in frequent touch since then.