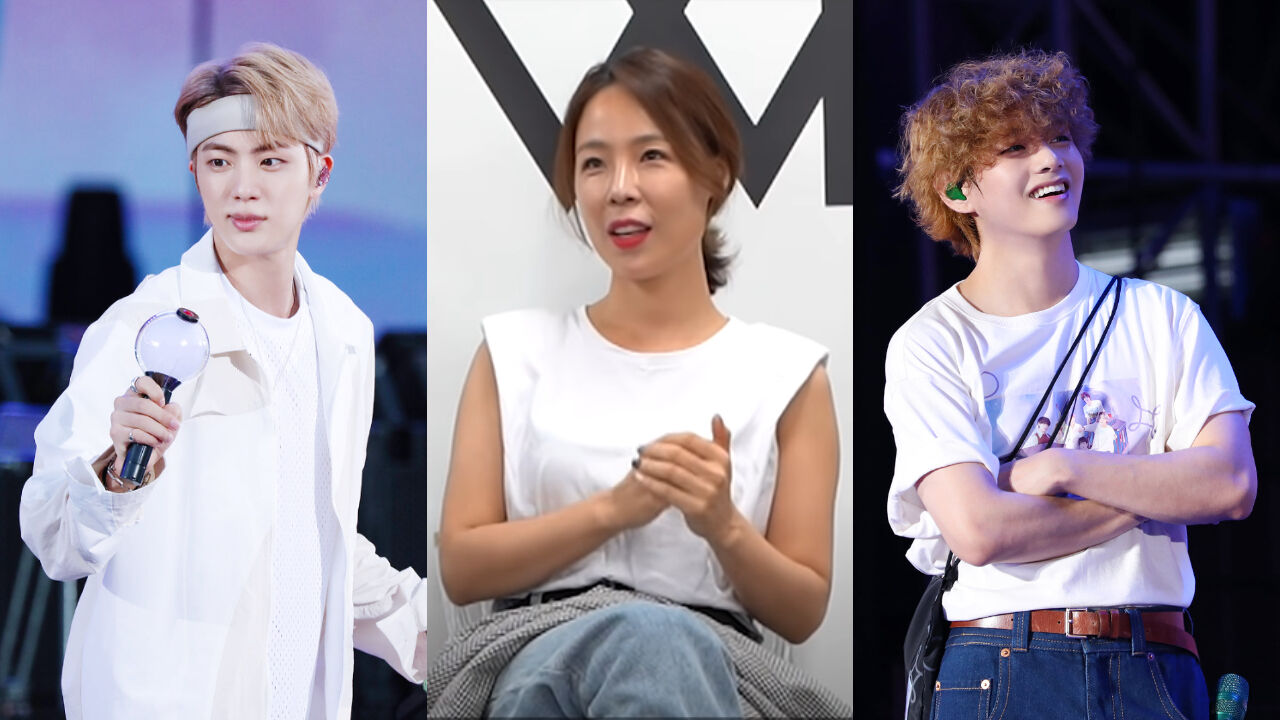 K-pop boy group BTS' vocal coach Kim Sung-eun shared what it was like to teach the members.

On September 6, one YouTube channel uploaded a video of Kim Sung-eun's interview.

During the interview, Kim Sung-eun was asked whether it was easy or hard to give lessons to the members of BTS.

Kim Sung-eun answered, "I've trained JIN, JUNGKOOK and V since they were still trainees. At first, it was very hard. But that really changed along the course of training."

She continued, "It became easier because they practiced so hard. They were always mentally prepared for my lessons and all. Training them was a super fun experience for me."

Then, the YouTuber asked, "Who was the easiest to train out of the three?"

Without hesitating for a single second, Kim Sung-eun answered, "It was JIN."

After that, Kim Sung-eun shared a story V that happened before 'FAKE LOVE' was released, "When I first heard the guide for 'FAKE LOVE', I was like, 'Oh, I love the song, but the notes are pretty high.'"

She resumed, "At that time, V texted me saying that he wanted to vocal lessons from me. It was unexpected, because we would usually just meet for lunch/dinner to catch up out of class. It turned out he wanted to practice hitting those high notes. He asked me loads of questions about it."

She added, "After 'FAKE LOVE', V was able to reach higher. That's when I realized how much time and effort V puts into his vocal training. That's the reason why he's improving so rapidly."