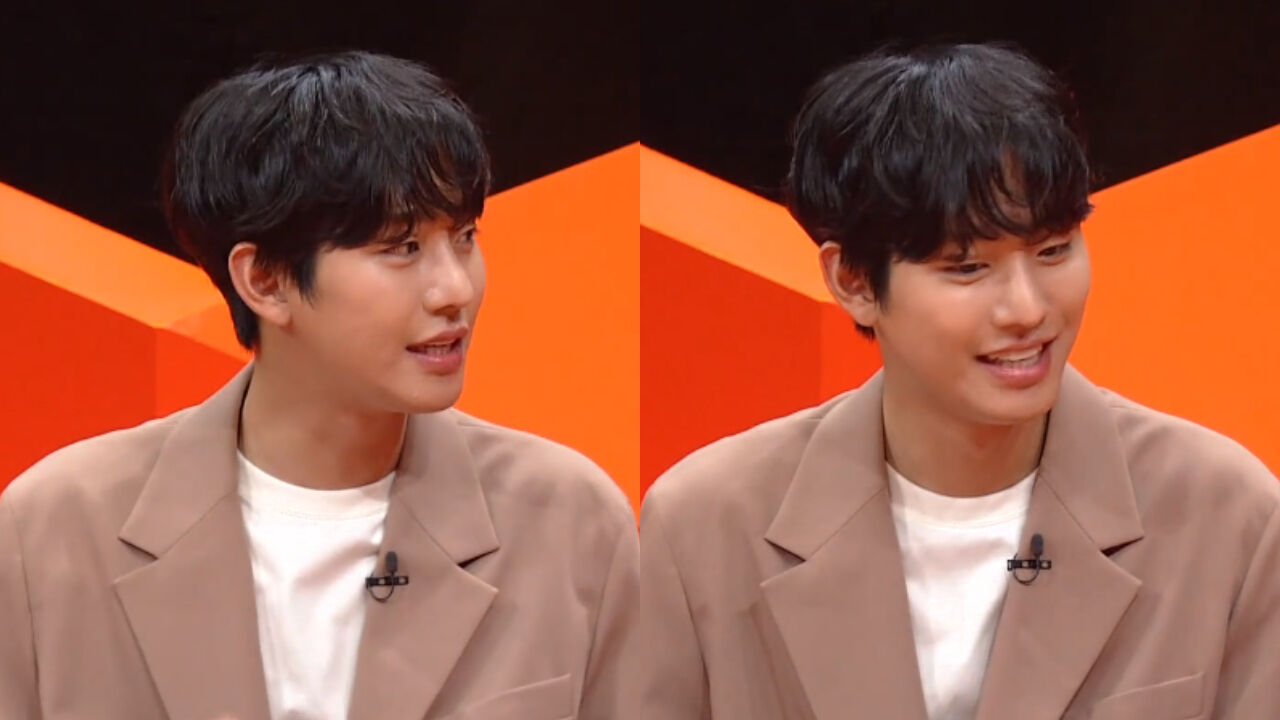 During the talk, the host Seo Jang-hoon shared that Ahn Hyo Seop is a kind of person who is too shy to express his feelings when sober.

Seo Jang-hoon said, "But I heard that you turn into 'lovely' Ahn Hyo Seop when you are drunk. Is that right?"

Ahn Hyo Seop laughed and answered, "Well, yes. I think it's important to share your feelings to all those people you are close to."

He continued, "I find that hard to do when I'm sober, so I tend to rely on alcohol for that. After I have some drinks, I tell them how much I love them, and give them a hug and stuff."

Then, another host Shin Dong-yeop asked him whether he is straightforward and quick when it comes to asking the girl who he is interested in or waits around for a bit first.

Ahn Hyo Seop responded, "I don't think I hesitate at all. I also don't try to hide my feelings for her."

He resumed, "It's not a problem even if a girl comes to me before I do though. It doesn't always have to be a guy to do that. I believe whoever was attracted first should make the move."

Following that, Ahn Hyo Seop was asked if he could share his type of girls.

Ahn Hyo Seop said, "I like girls who I can make good conversations with. I like a positive person as well."

He went on, "One other thing is... I go for smart girls; someone who I can learn things from.", then laughingly added, "Is that too much? Am I too picky?"