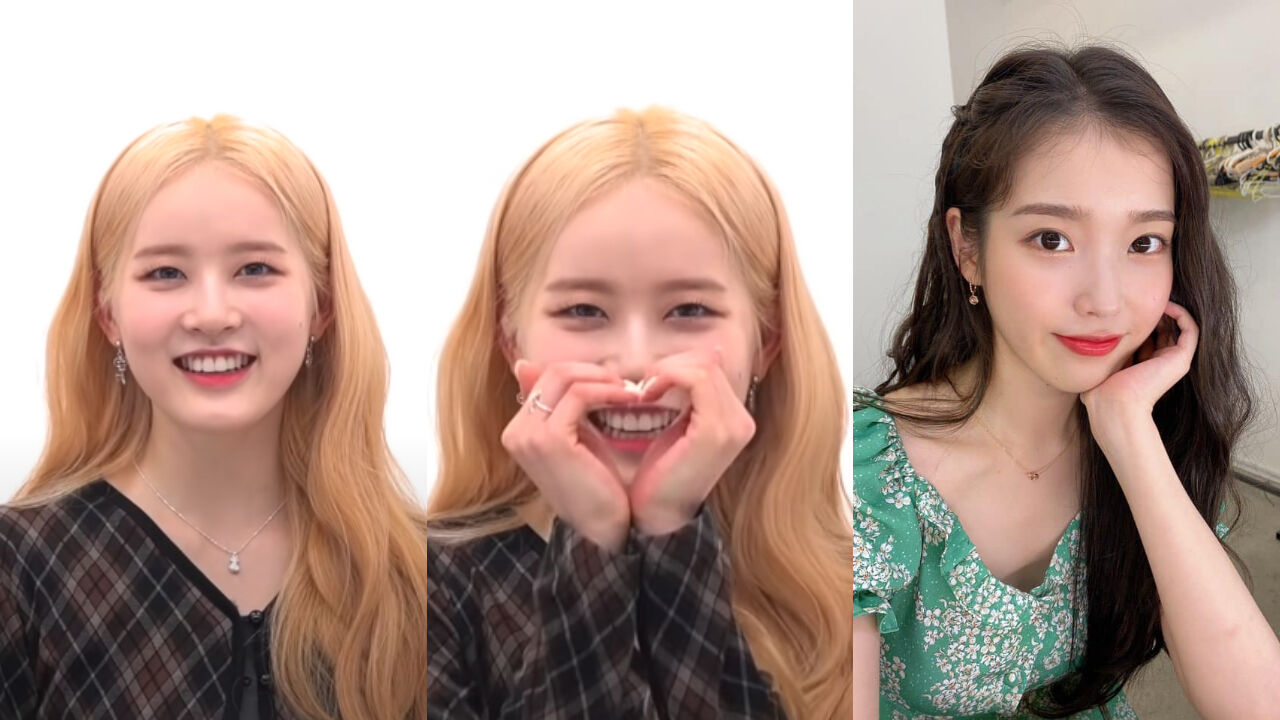 Sieun of K-pop girl group STAYC showed how much of a big fan of soloist IU she is.

On September 7, a video of STAYC was uploaded on one YouTube channel.

In this video, the members of STAYC were seen reading about themselves online.

While Sieun read about herself, she became instantly excited to read the part where it stated, "Sieun is a huge fan of IU."

Then, Sumin told an interesting story, "Recently, Sieun had a dream that featured IU, and was hyperactive all day on that day."

As if Sieun just had remembered the fact, her eyes widened and excitedly said, "Oh, yes, yes, yes!"

Sieun continued, "In my dream, I was friends with IU. We ate together and stuff. It was so great."

She went on, "After waking up, I felt like I personally became closer to her. The feeling lasted for the whole day."

The production staff then asked if she could send a video message to IU.

Sieun squeaked and said, "IU sunbae-nim, I'm a big fan of yours. I'm UAENA. I love you!"

Following that, she blushed and fanned herself.