- 대메뉴 리스트
[SBS Star] VIDEO: TXT SOOBIN Cries as a Non-Korean Fan Thanks Him for His Work in Korean
LIVE 제보하기

[SBS Star] VIDEO: TXT SOOBIN Cries as a Non-Korean Fan Thanks Him for His Work in Korean

[SBS Star] VIDEO: TXT SOOBIN Cries as a Non-Korean Fan Thanks Him for His Work in Korean 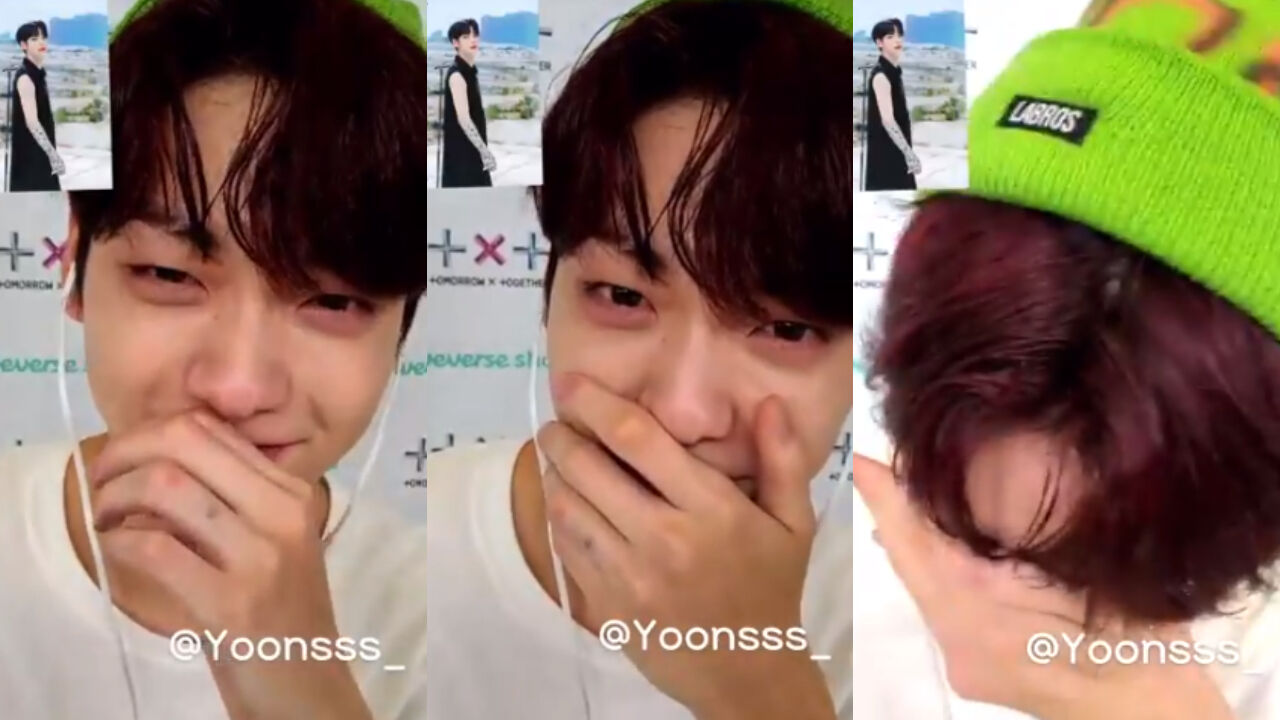 SOOBIN of K-pop boy group TOMORROW X TOGETHER (TXT) was seen shedding tears as a fan thanked him for his hard work.

During the event, one non-Korean fan happened to speak to SOOBIN and made him tear up.

For about a minute, the fan told what she wanted to say to SOOBIN in fluent Korean.

The fan said, "It's actually our fourth time meeting each other. I don't know if you remember me, but that's not really my concern, because I'm just happy that you have become a good influence to others after making debut."

She continued, "One of the best things that occurred to me was that I got to know you. Even though you are young yourself, you are all so grown-up when leading the team. I'm genuinely happy about that."

As SOOBIN listened to this, his eyes turned red and he smiled awkwardly as if he was trying to stop himself from crying.

The fan went on, "You always try to put others before yourself, and I want to say thank you for protecting the guys as well as us, MOA (the name of TXT's fandom). I hope you don't swallow anything by yourself. Please know that I'll be here for you to take your hardships away."

She resumed, "So, just make sure you are happy and healthy. Those are the only things you should do. We love seeing you smile. Promise me that you'll smile a lot and take good care of yourself, okay?"

When SOOBIN finished listening to her heartfelt words, he covered his mouth and lowered his head for a few seconds, then thanked the fan before he waved goodbye to her.