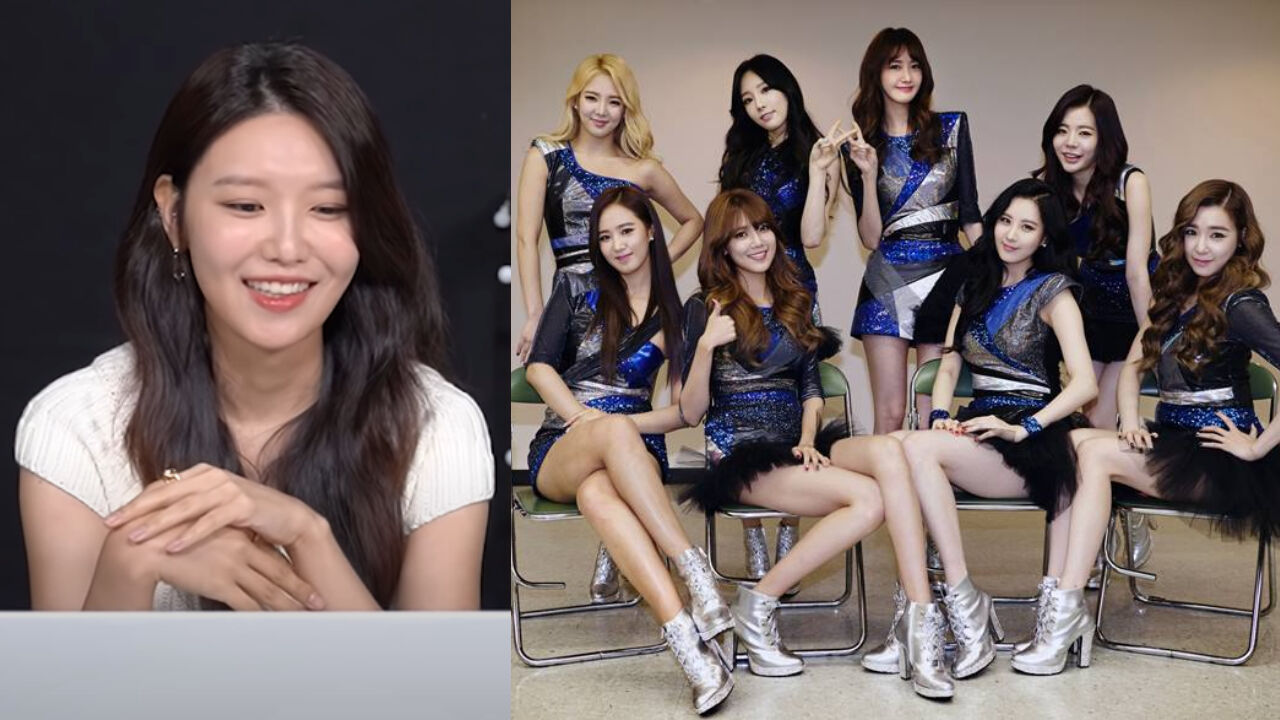 Sooyoung of K-pop girl group Girls' Generation shared some interesting facts about the members of the group.

On August 23, Sooyoung updated her YouTube channel with a new video.

In this video, Sooyoung was seen watching some past videos of herself as well as her fellow group members.

While watching the videos of Girls' Generation members' when they were trainees, Sooyoung reminisced her trainee days.

Sooyoung said, "When Hyoyeon was a trainee, she was loved by everybody. A lot of us envied her. At that time, she used to dye her hair really often. She was only like 12 years old (Korean age)..."

She continued, "As Hyoyeon and Yuri frequently performed together as a unit, I thought they might make debut together."

Then, Sooyoung could not help but keep on saying, "Awww! She's so cute! How cute is that...!" while watching Seohyun's audition tape.

Sooyoung commented, "It wasn't like Seohyun was a baby when she joined our agency, but she seemed really young. So, I used to put her on my lap and ask her things like, 'What do you want to be when you grow up?'"

She laughingly resumed, "The funny thing is, we are only a year apart. Why did she seem like such a baby to me though?"

After that, Sooyoung saw photos of Taeyeon and said, "I thought Taeyeon would make debut as a soloist, because her singing skills were at another level. I honestly didn't even think for a second that she would become part of Girls' Generation as the main vocal."

She added, "It was the same for Tiffany Young, since she joined our agency very late. Speaking of which, I want to her why she keeps growing her hair. She looked great with a short hair during early debut days."

Girls' Generation made the group's official debut with a track 'Into the New World' in August 2007.