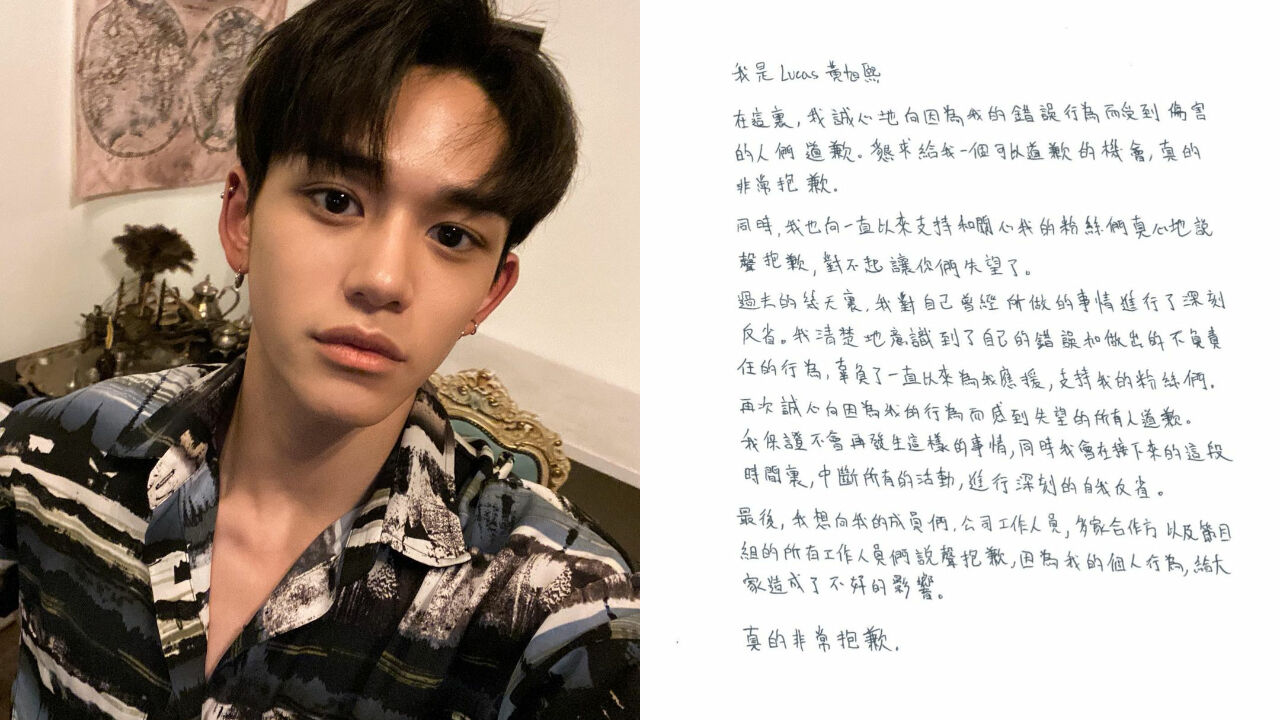 On August 23, a Korean fan of NCT claiming to be LUCAS' ex-girlfriend exposed his private life online.

The fan shared that she was secretly dating LUCAS for years, and accused him for gaslighting her while they were together.

She said LUCAS used to make her pay for an over 2 million won a night room at 5-star hotels, ask her to buy him packs of cigarettes and expensive luxury clothes, but did not even buy her a box of chocolate.

When she did not do what he asked her to do, he would make her feel bad with horrible words.

In addition to that, LUCAS used to suddenly ghost her, and say things like, "I don't like you because you seem like my fan.", "Don't be a fangirl anymore.", whenever he wanted to break up with her.

She posted unreleased photos, screenshots of their online conversation, LUCAS' voice messages and receipts as evidence.

Then on August 24, a Chinese NCT fan angrily revealed that she was the victim of LUCAS' mind game too; she also provided similar evidence.

She said LUCAS also used her for his own benefit, telling her that he had no girlfriend and she was his special one.

LUCAS used to sleep over at her house when he had work in China, and complained a lot about his fellow members and share his work stress to her.

Just like what he did to the Korean fan, LUCAS asked her to buy him luxury fashion items as well.

As the two fans' timeline overlapped, not only was LUCAS under fire for the way he treated these girls, but also criticized for cheating on them.

Today, LUCAS admitted his past wrongdoings by uploading a handwritten letter on his Instagram.

He continued, "For the past few days, I spent time reflecting on my past. My past actions were very wrong and irresponsible, and I shouldn't have done them if I had considered everyone who had given me so much love and support."

He resumed, "Once again, I would like to say sorry to everybody who I disappointed. Besides, I'm sorry for the damage and inconvenience I caused to my fellow members, company staff and broadcasting staff."

Lastly, he added, "I will make sure that nothing like this ever happens again, and will halt all my scheduled activities in order to take time to reflect on myself. I'm genuinely sorry."