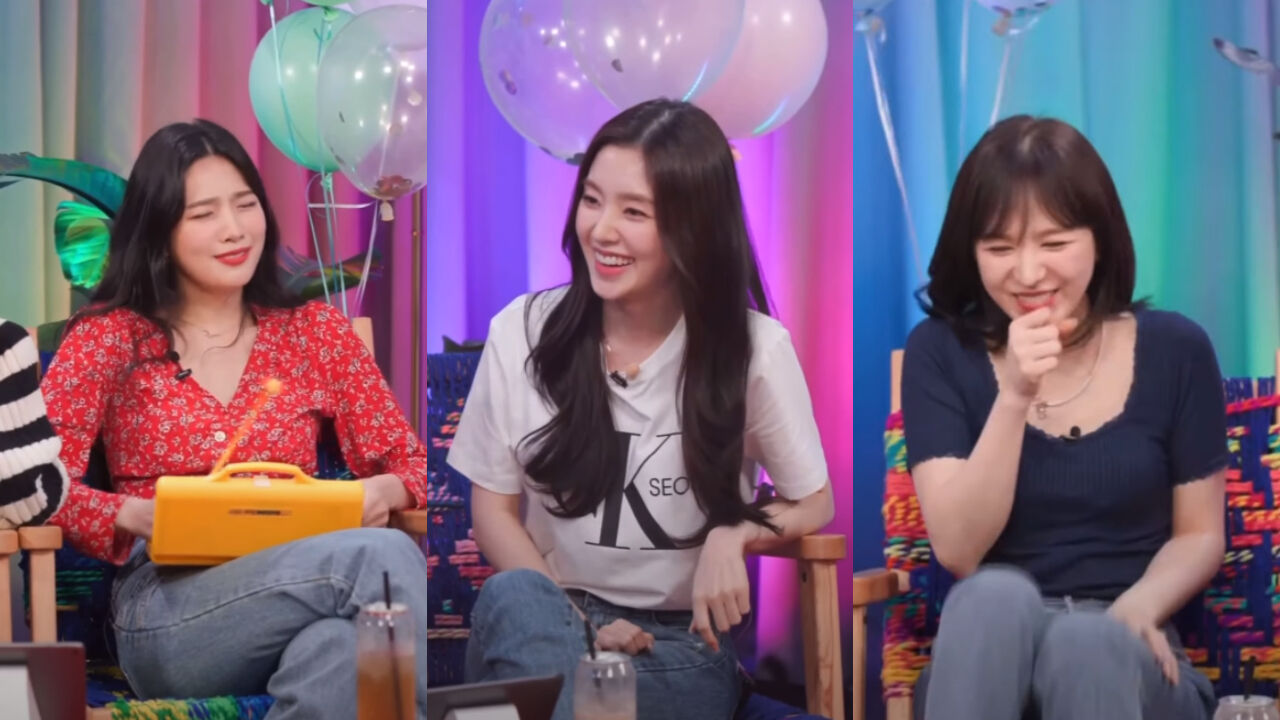 The members of K-pop girl group Red Velvet hilariously responded to their fellow member JOY about her sudden dating news.

On August 24 episode of NAVER NOW's online live show 'SEULGI.zip', the members of Red Velvet made a guest appearance.

During the show, the girls took turns to pick a random question about themselves for the rest of the members to make a guess.

When it was JOY's turn, she picked up a paper with a question and read it out loud.

It said, "What was the first thing you did after returning home yesterday?"

As JOY read this question, she first smiled awkwardly, then burst into laughter.

It was because JOY made her relationship public with singer Crush just a day before.

IRENE laughingly answered, "You looked up 'JOY' on the Internet?", but it was a wrong answer.

WENDY also said with a cheeky smile, "You used your phone?", which was wrong again.

After that, YERI playfully commented, "Did you surf the Internet?"; YERI's answer was wrong as well.

Then, JOY cutely complained, "Why did you give me a question like this?"

She continued, "You were all wrong. I memorized lines for my upcoming drama."