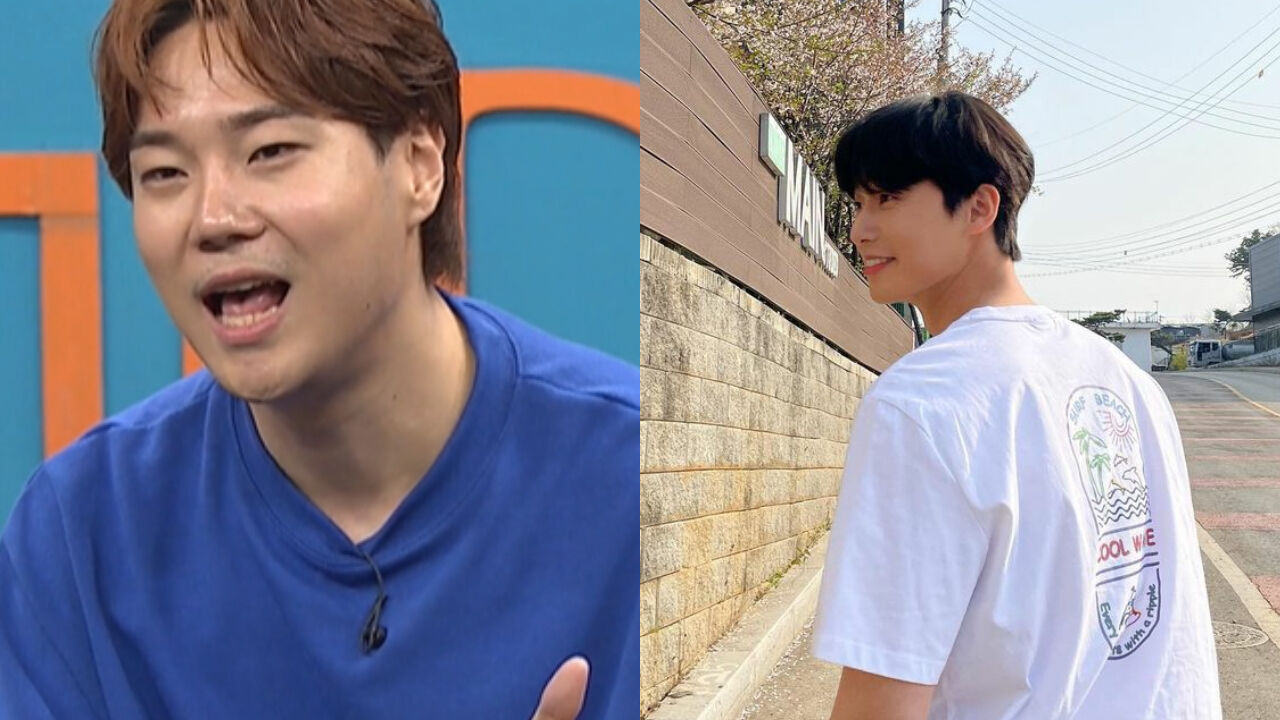 During the talk, Yoo Jae-hwan spoke about the time when he saw Park Seo Jun at the gym.

The singer-songwriter continued, "Everyone must see him at least once in their life. He is just incredibly good-looking. Not only does he have this unique vibe, but he also has 'good-looking' written all over him."

He went on, "What I've learned from seeing him was that I realized one's outer beauty was far more important than one's inner beauty. I had never been so mesmerized by someone's looks before."

He added, "Anyone who sees him will be inspired to write a new poem or to come up with a new recipe. He is that inspiring. He is a walking sculpture."

Then, Yoo Jae-hwan was asked if he could send a video message to Park Seo Jun.

Without hesitating for a single second, Yoo Jae-hwan looked at the camera and said, "Park Seo Jun, you are like a piece of art. I've never seen such a beautiful piece of art before."

He resumed, "When I saw you, I thought to myself, 'If you would ever betray me, I'll completely understand. You can betray me.'"

Yoo Jae-hwan responded, "Oh no. I'm not. But Park Seo Jun definitely made me question my sexuality for a brief moment."