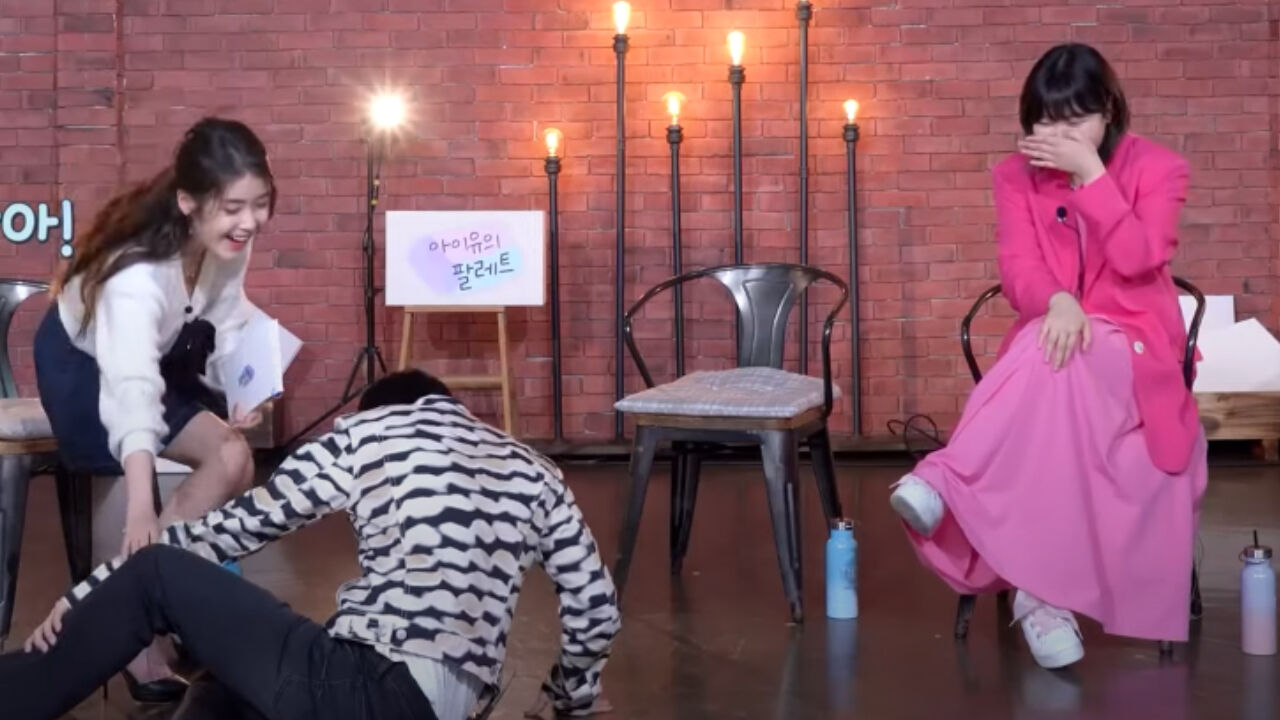 On July 27, IU updated her YouTube channel with a video of her sitting down with the members of AKMU for a talk.

As IU and AKMU recently collaborated on a song called 'Fall', they sang the song together after talking for a bit.

Following their beautiful performance, IU commented, ""I believe I sang the song too brightly when it deals with a pretty serious topic."

Lee Chan-hyuk responded, "No, no. It's fine. You actually need to like jump up and down while singing this song."

IU laughingly responded, "Really? How? Show it to us!"

Then, Lee Chan-hyuk got up, stood up his chair and jumped as high as he could.

Following a smooth landing, he accidentally slipped and fell to his side.

When IU witnessed this happening, her jaw dropped in surprise and offered her hand.

She then helped him get up, and comforted him by saying, "Act like nothing had happened. Nobody saw it, okay? Just think like that. It's okay."

But Lee Su-hyun did not move a single inch from her seat when it happened.

She just laughed and covered her mouth as if she felt embarrassed as well.