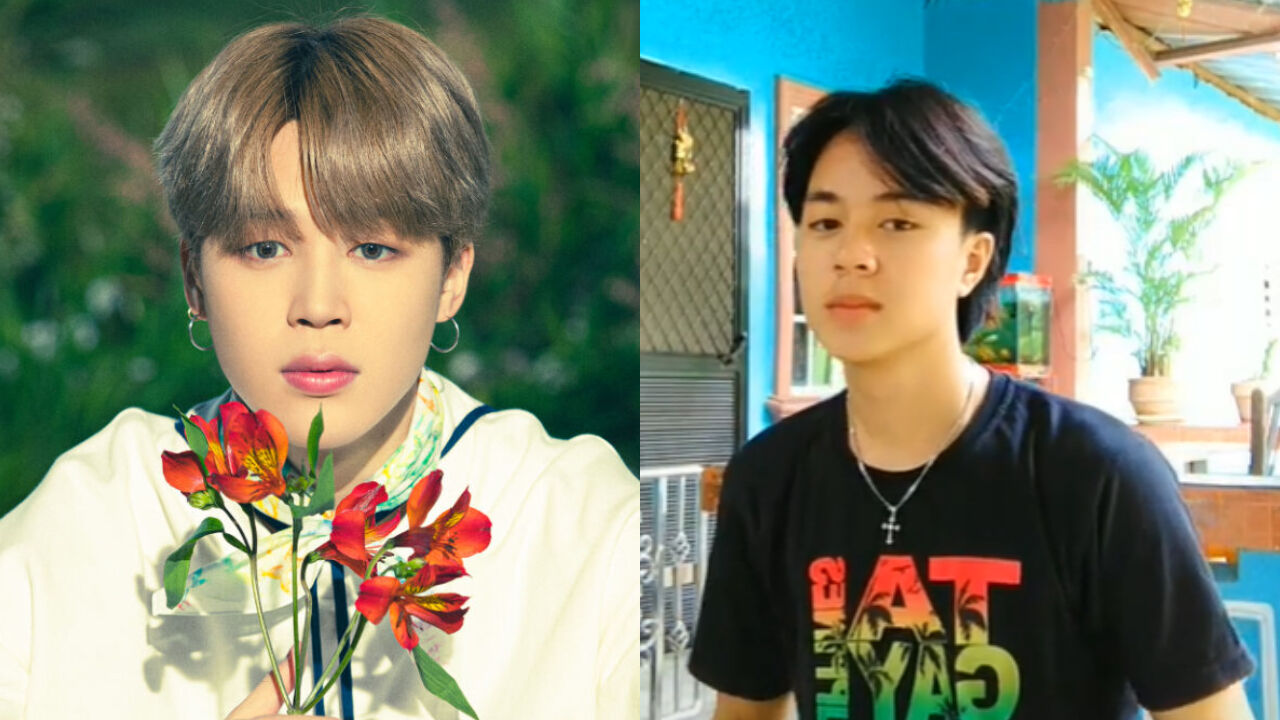 One Filipino TikToker is catching the eye of everybody for his similarities to JIMIN of K-pop boy group BTS.

Recently, this one TikToker from the Philippines became the talk of the town.

It was because of the strong resemblance that he showed to JIMIN.

Many fans of BTS shared screenshots of the TikToker, and compared them to photos of JIMIN.

Strangely enough, they looked so similar when seen together.

Even though they are not related at all, they looked almost as if they are brothers or at least cousins.

It is said the TikToker was born in Bocaue in the province of Bulacan, and lives in Guiguinto at the moment.

He uploads himself listening and dancing to exciting music, and currently has over 900,000 followers.

BTS fans are saying things like, "Every time I watch his videos, he reminds of JIMIN. It's so cool!", "Wow, he looks unbelievably similar to JIMIN!", "JIMIN's doppelgänger!" and so on.