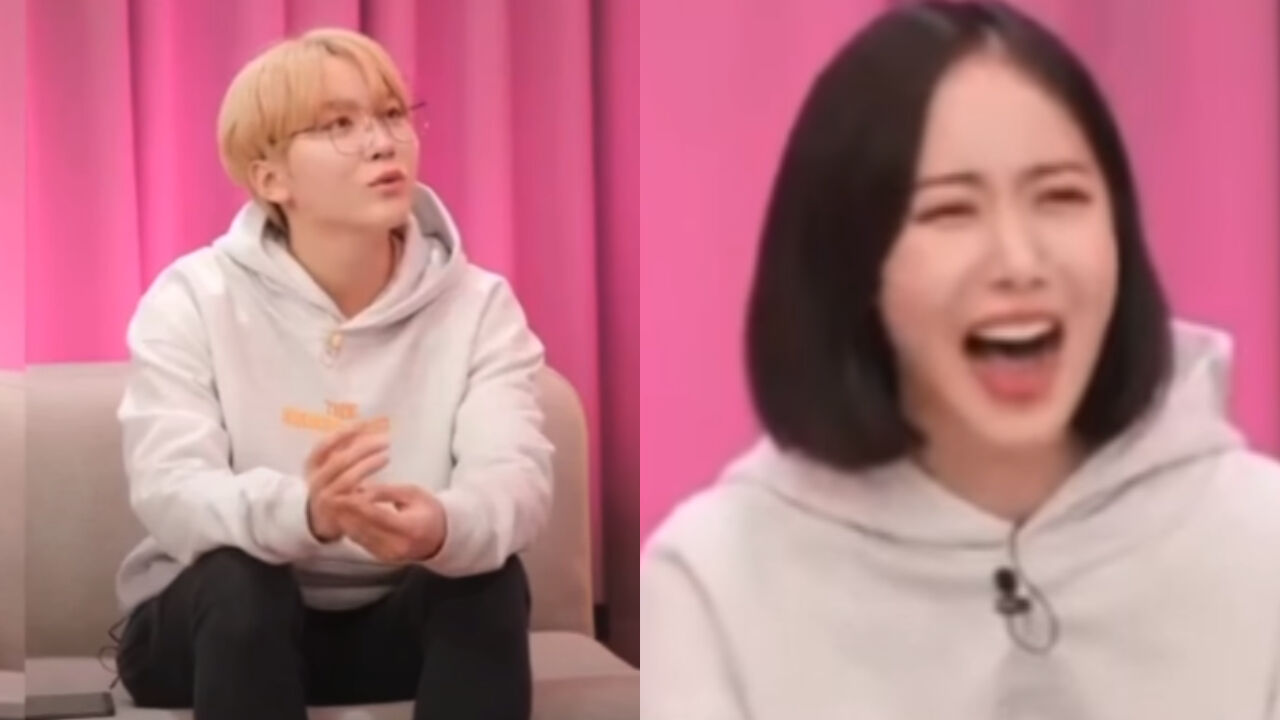 During this radio show, SEUNGKWAN talked about meeting SINB for the first time.

SEUNGKWAN said, "The first time I met SINB was when SEVENTEEN and GFRIEND's waiting rooms were right next to each other's in the past."

He continued, "I happened to be in the hallway just outside our waiting room when SINB was entering GFRIEND's waiting room. At that time, she was frowning so hard."

Then, SEUNGKWAN showed what SINB's face looked like by pulling the face, making SINB burst into laughter.

SEUNGKWAN carried on telling the story, "At that time, I thought to myself, 'Why is she so dissatisfied with life? I kind of want to know what's wrong.'"

SINB commented, "Once we got to know each other and became close, he would tell me to stop frowning. When he sees me even from a distance, he would shout at me, 'Hey, SINB! Your face, your face!'"

SEUNGKWAN and SINB are the same age, and are known to be good friends.