[SBS Star] VIDEO: ASTRO MOON BIN Eats a Raw Onion like It Is a Bread Roll?

[SBS Star] VIDEO: ASTRO MOON BIN Eats a Raw Onion like It Is a Bread Roll? 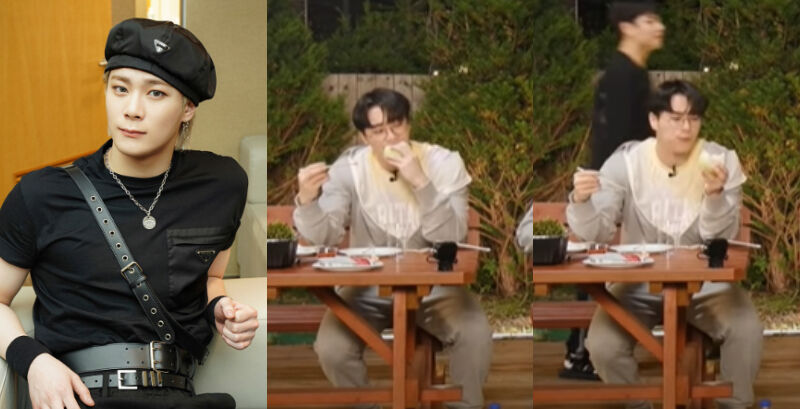 MOON BIN of K-pop boy group ASTRO was spotted eating a raw onion like it is a bread roll.

Recently, the members of ASTRO had an outdoor barbecue.

ASTRO members enjoyed nicely-barbecued meat on a bench together.

MOON BIN ate like he was very hungry; his chopsticks moved fast.

While eating, MOON BIN grabbed something from a basket where raw vegetables were placed.

Just as when all fans thought he was going to put the onion on the grill, he took a big bite of it.

Then, he made a sound and nodded as if it was good, and kept the onion in his left hand.

After that, he took turns eating meat and onion.

As he ate an onion like he was eating a bread roll, many fans watching him were totally taken aback by it.

About this, they left comments such as, "How is it possible to eat a raw onion like that?", "Looks like he's eating an apple or something!", "So funny! It honestly makes me laugh!" and so on.