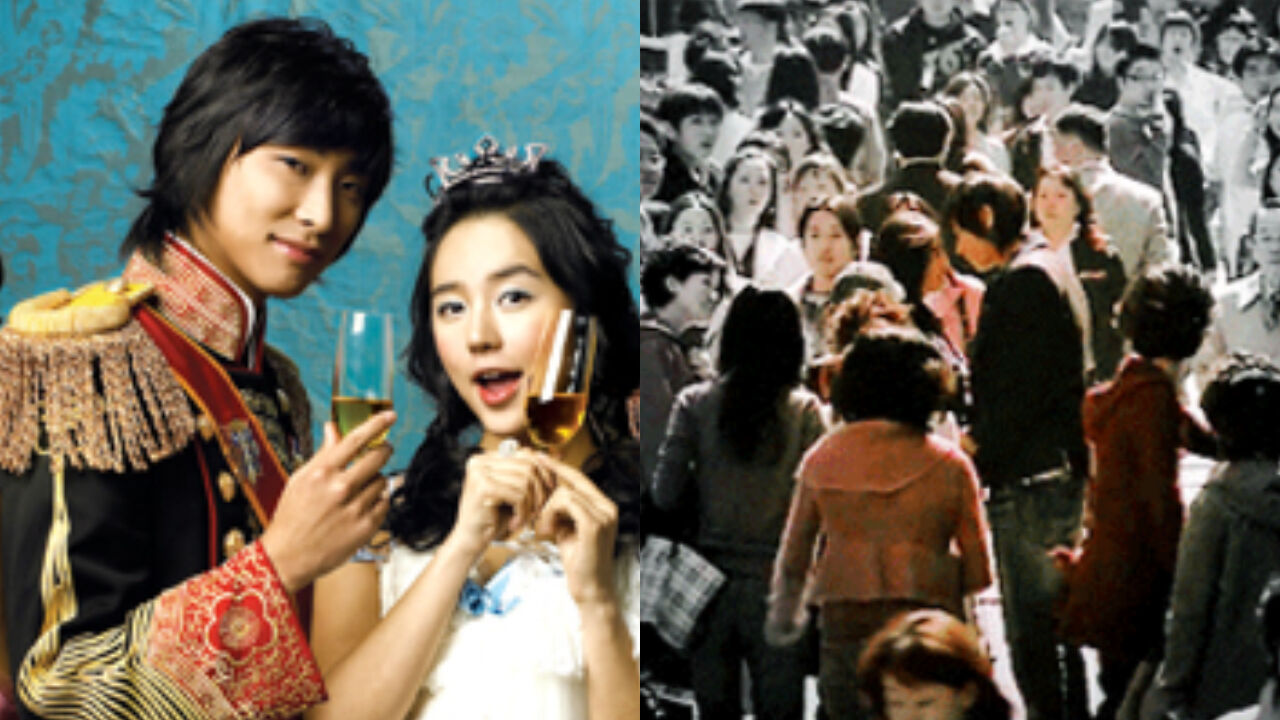 During the talk, the hosts mentioned one of Yoon Eun Hye's mega-hit dramas 'Princess Hours' (2006), specifically the kissing scene that was shot in Myeong-dong.

Yoon Eun Hye shyly smiled and said, "Ju Ji Hoon and I didn't know what we were exactly shooting on that day. We were both rookies in the industry, so we were a little confused."

She continued, "We were told to kiss in the middle of the street, and the cameraman was going to film us from far away. They kept saying no mistakes were allowed."

She went on, "We held hands and walked by the people in the busy street of Myeong-dong. I was really nervous just by being in Myeong-dong, you know."

Then, Yoon Eun Hye said the production team told them to stop, take their hats off and kiss each other.

Yoon Eun Hye said, "So, we did. People all looked at us, and started recognizing us. Those people weren't extras. They were like, 'Oh my!' and took photos of us and stuff."

The actress resumed, "As we were the prince and princess, that was the sort of response we would get in the drama as well."

She carried on telling the story, "But they didn't see any cameras around, some thought we were actually dating. For weeks before that episode was aired, the Internet was on fire."

She wrapped up the story by saying, "Anyway, I had no idea that the kissing scene would turn out to be that beautiful. It was such a beautiful kissing scene."

Led by Yoon Eun Hye and Ju Ji Hoon, 'Princess Hours' was one of the most-watched dramas in Korea as well as many other Asian countries at that time.