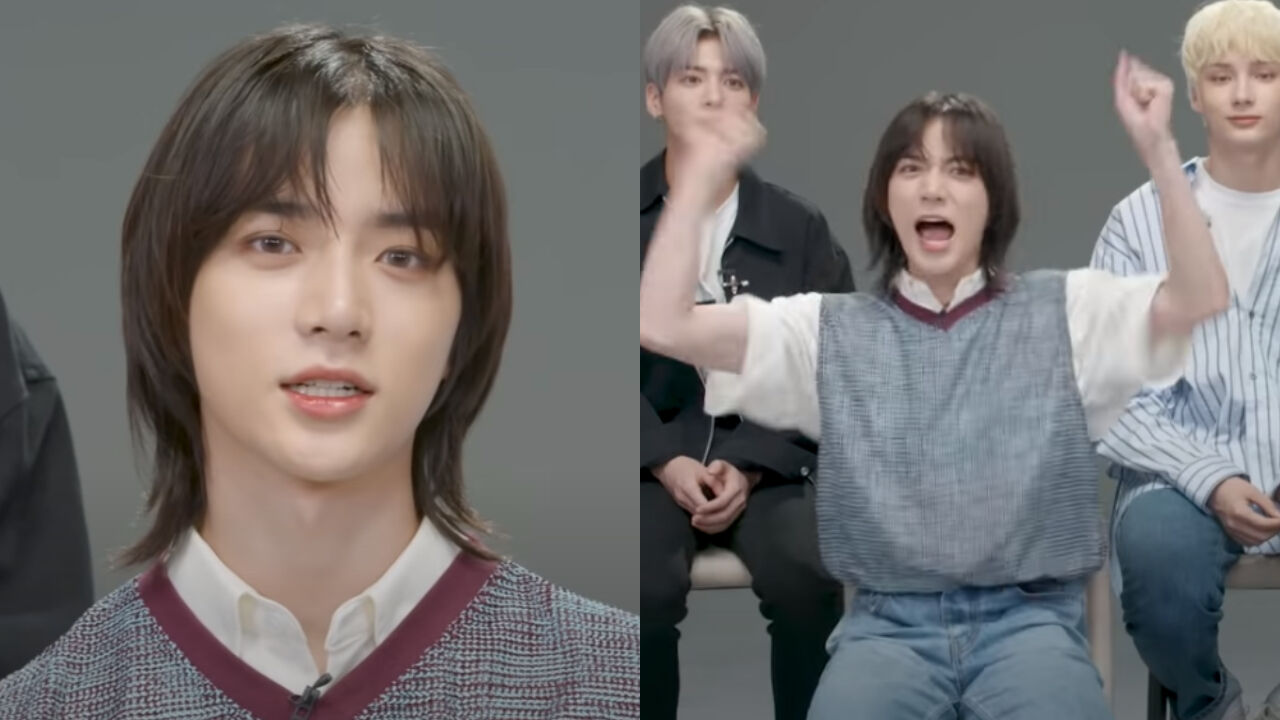 On July 15, British news outlet NME shared an interview of TXT on YouTube.

In this interview, the members of TXT were asked about their firsts.

During the interview, BEOMGYU channeled his inner ARMY (the name of BTS' fandom).

When asked about the first-ever album they ever bought, BEOMGYU excitedly said, "I bought BTS' 'The Most Beautiful Moments in Life, Part 1'."

He added with a bright smile, "It's a real masterpiece!"

A short while later, TXT members were asked about their first concert.

He continued, "I went to BTS' concert. I lost my voice after shouting so much."

Then, he showed what he was like at the concert; he screamed in excitement with both his hands up.

The rest of the members laughed and commented, "Yeah, we cheered so hard on that day."