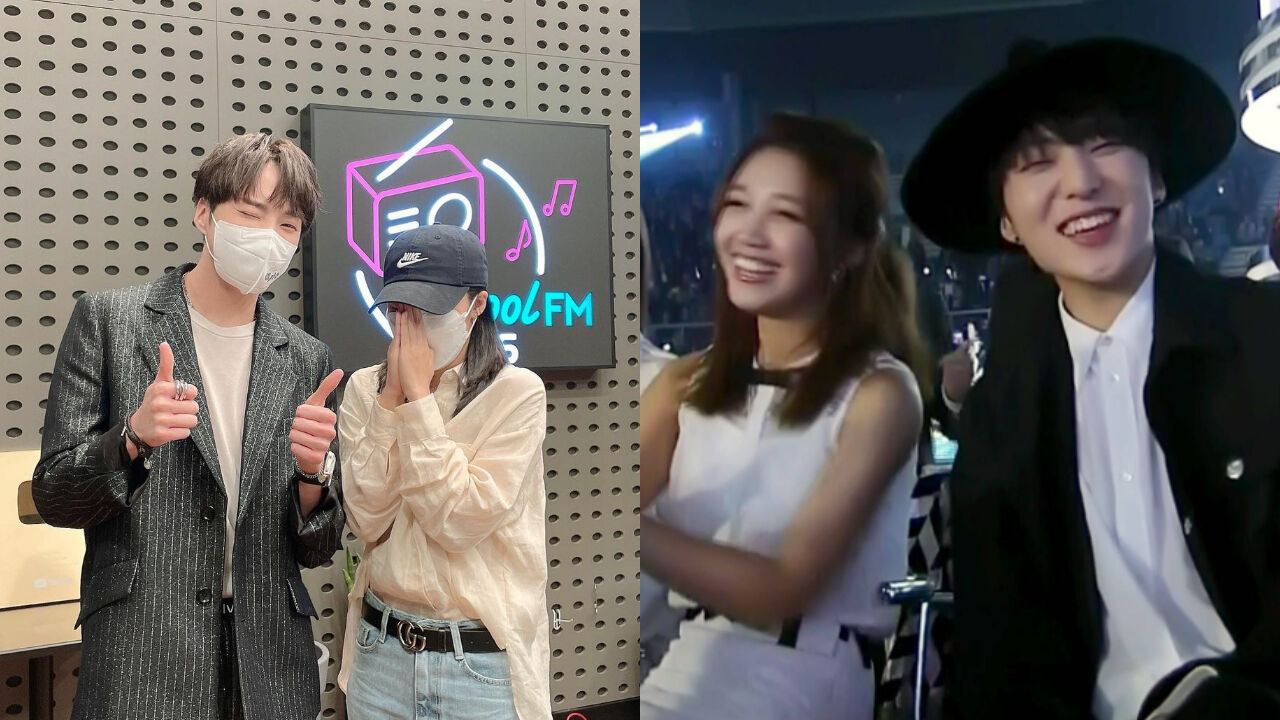 She said, "I'm not a very social person. Many think that I have a lot of celebrity friends, but I don't have any at all."

Then on July 15, YOON made a surprise visit to EUNJI's radio show to prove what she said was not true.

YOON said, "I happened to read a shocking article a few days ago. Apparently, EUNJI had said she had no celebrity friends. I was like, I have to go and make a complaint about this."

He looked at EUNJI and asked, "What about me? Am I not your celebrity friend, EUNJI?"

EUNJI laughed and responded, "Okay, okay. I kind of made a mistake the other day. I meant to say, not many celebrity friends. It came out wrong."

She continued with an awkward smile, "Also, I meant, I was talking about celebrity friends who I kept in frequent touch and see often."

YOON nodded in agreement and said, "Well, it's true that we don't get to see each other often."

He laughingly added, "I actually came by just to say hello and leave as I was in the building, but here I am making a guest appearance. Anyway, I'm EUNJI's celebrity friend, everybody!"