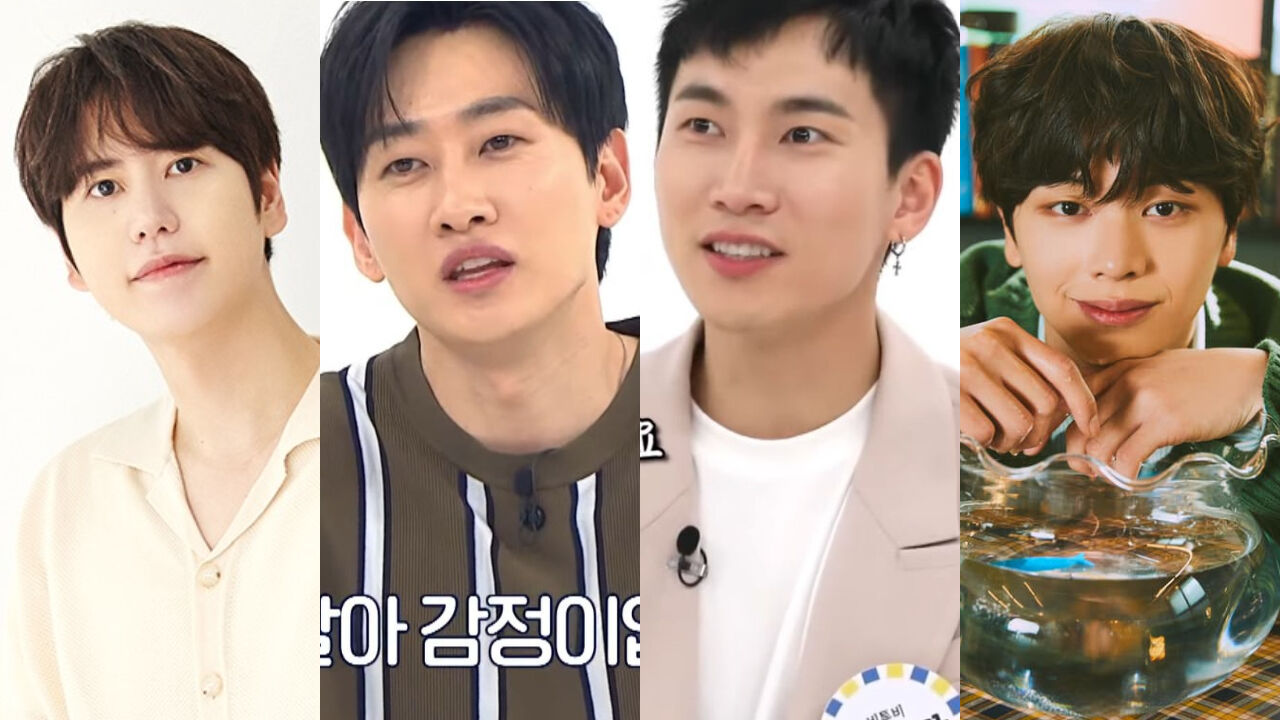 EunHyuk of K-pop boy group Super Junior and Seo Eunkwang of another boy group BTOB shared which members they hate(?).

On one of the recent episodes of MBC every1's television show 'Weekly Idol', Seo Eunkwang was asked an interesting question.

Seo Eunkwang was asked whether he would choose to go to the military again or go back to being a trainee again if he had to choose one.

He thought for a while and answered, "This is really hard to choose, but I would probably enlist in the military again."

When asked why, he explained, "Well, because you know when your time in the military will be over, but you don't with being a trainee."

EunHyuk responded, "You are right. You wouldn't know when you'll make debut, so... Oh, wait a minute! There were some trainees who knew they would make debut."

He continued with an annoyed tone of voice, "KyuHyun! KyuHyun is the perfect example of it. He joined our agency when our group was already formed. He totally knew his debut date."

Seo Eunkwang also loudly commented, "It was the same for Yook Sungjae! It's so annoying!"

Then, Hwang Kwang Hee playfully said, "Yep. Not all trainees are the same. You must choose wisely, Eunkwang."