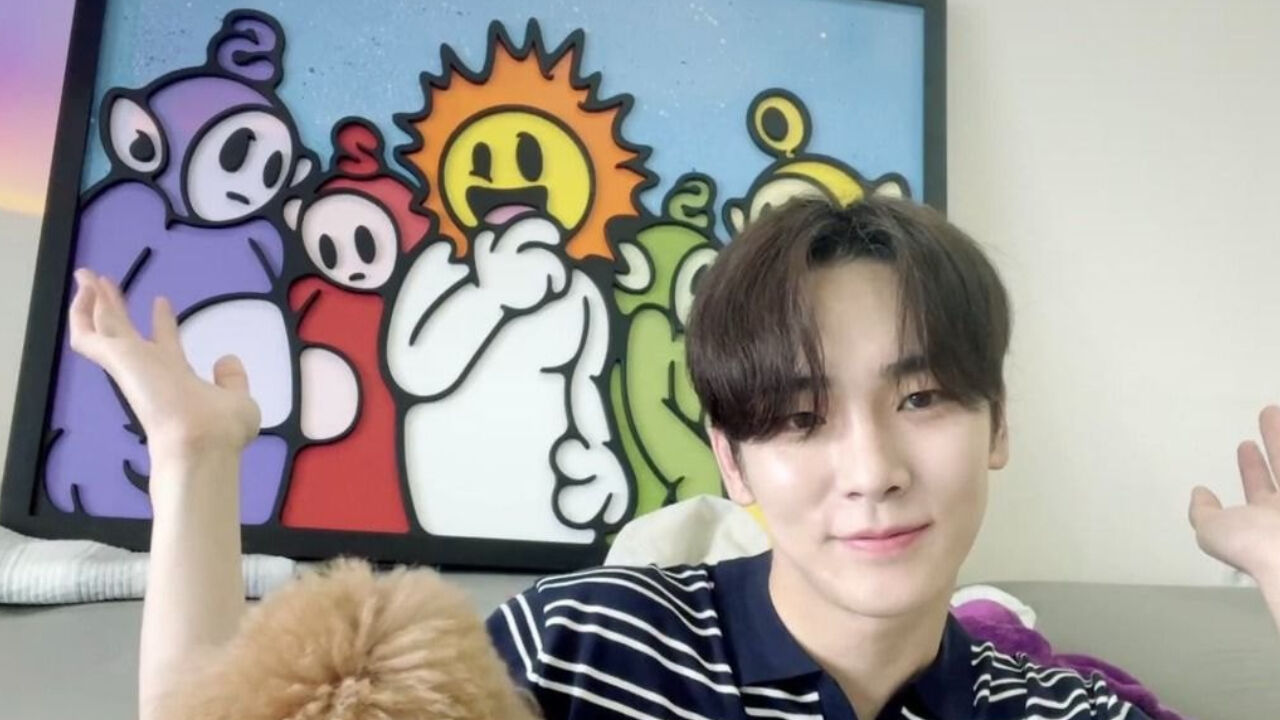 KEY of K-pop boy group SHINee showed off a characterized version of the members of the group.

On July 10, KEY spent some time with fans by holding a live broadcast on NAVER V LIVE.


During the live broadcast, KEY showed fans a large picture behind him.

KEY explained that he recently asked one artist to characterize the members of SHINee.

He said, "I gave the artist a photo of us together, and asked if he/she could turn us into characters that he/she is into at the moment."

He continued, "The photo I gave was our album cover photo for 'Everybody'."

When KEY received the picture, he found out they had become the Teletubbies.

While explaining this, KEY laughed about JONGHYUN being the Sun.

KEY commented, "I like it anyway. The number '0525' on our heads, as you probably know, is our debut date."

Upon seeing this picture, fans left comments saying how much they also like it.

Their comments included, "Ah, that's so cute!", "The Sun really kind of reminds me of JONGHYUN!", "Awww. Totally love it!" and so on.