[SBS Star] VIDEO: Han So-hee & Song Kang Kiss for Longer than the Director Tell Them to

[SBS Star] VIDEO: Han So-hee & Song Kang Kiss for Longer than the Director Tell Them to 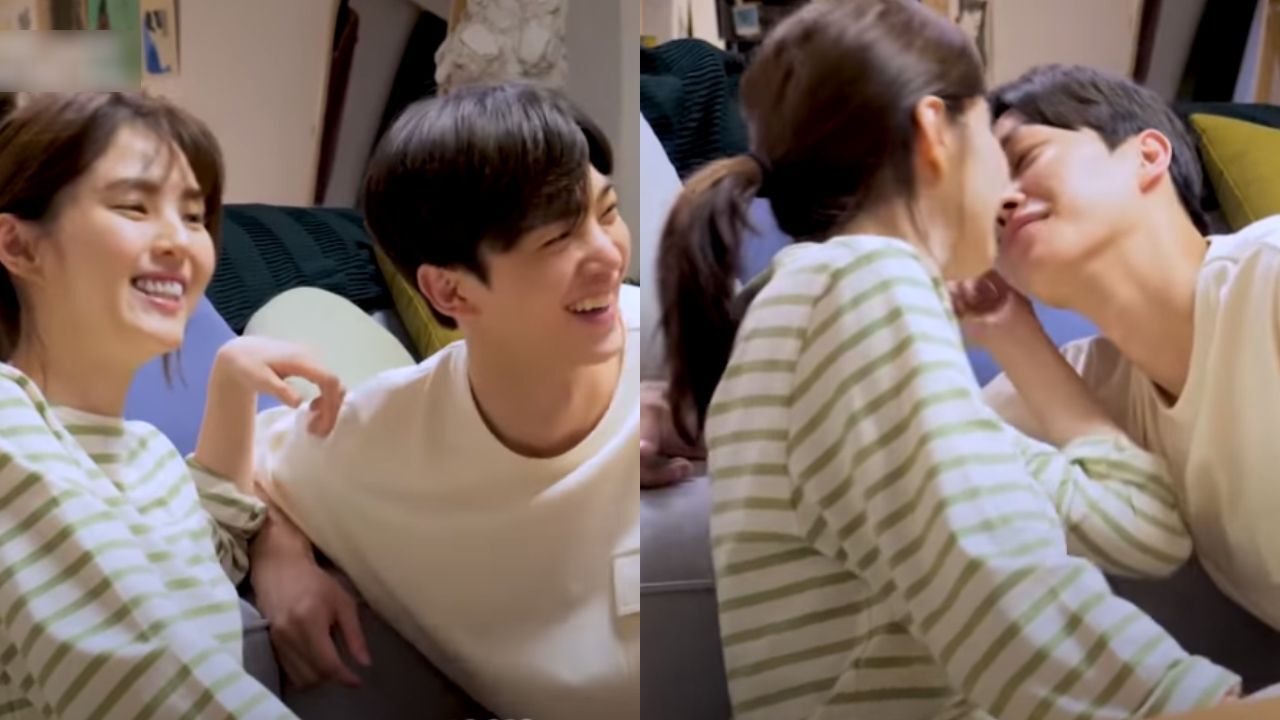 Actress Han So-hee and actor Song Kang were seen kissing for longer than the director told them to.

In the footage, Han So-hee and Song Kang rehearsed for their upcoming kissing scene.

During the rehearsal, Song Kang asked the director whether she wanted them to kiss for a long or short time.

The director responded, "Not for long at all. Just briefly will do. When he kisses you, push him away quickly, So-hee."

They both nodded and the shooting began.

Unlike what the director said though, Han So-hee let Song Kang kiss for quite long before she pushed him away.

As fans watched this footage, they screamed in excitement.

It was because this was not the first time Han So-hee and Song Kang did not follow the instructions of the director.

Previously, Song Kang was asked to kiss Han So-hee on the cheek, but he kissed her lips instead.

Under this new footage, fans shared comments such as, "Are those two seeing each other in real life?", "They are the cutest couple ever! Please just start dating already!" and so on.