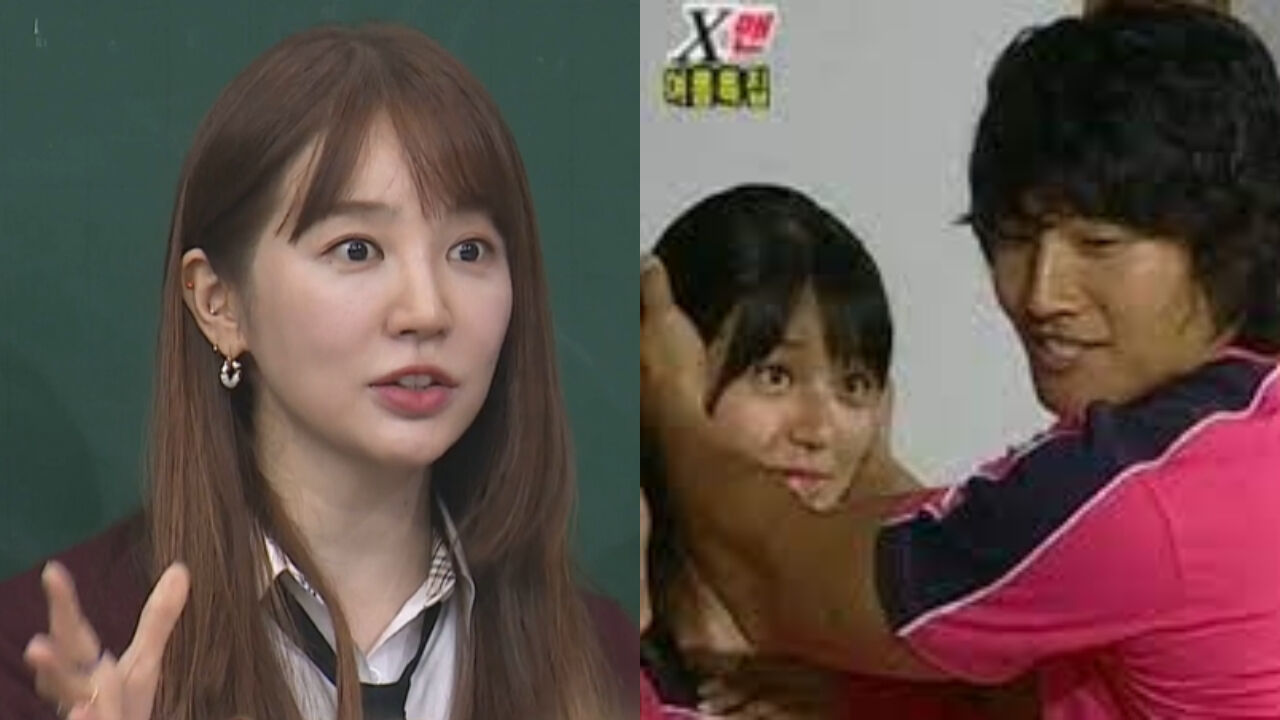 On July 10, a preview of JTBC's television show 'Knowing Brothers' was revealed.

In this preview, Yoon Eun Hye was seen speaking about being on SBS' past television show 'X-Man'.

Back then, Yoon Eun Hye and Kim Jong-kook gained the attention of a lot of people with their on-air romance.

Yoon Eun Hye said, "Actually, Kang Ho-dong said he was going to give us his wrestling championship thigh band if Kim Jong-kook and I got married in real life."

Kang Ho-dong laughed and responded, "Ah yes, you two were the talk of the town all the time."

Then, Yoon Eun Hye mentioned this one time when she played 'Of Course' game on X-Man.

The actress said, "Do you guys remember when Kim Jong-kook covered my ears when he forcefully had to say 'Of course.' to a question, 'Do you hate Yoon Eun Hye?'"

She continued with a shy smile, "At that time, I felt my heart racing fast. My eyes turned into shining stars."