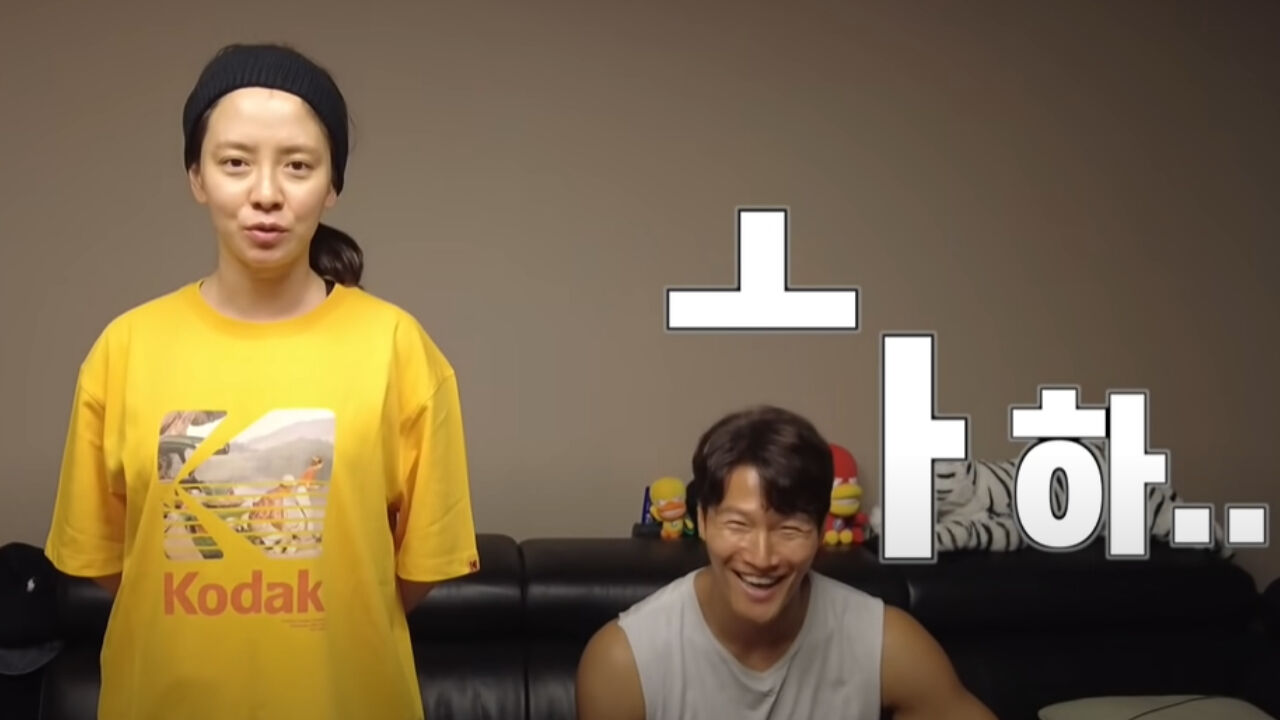 Actress Song Ji-hyo told singer Kim Jong-kook that she has been drinking because she felt so lonely.

On July 8, Kim Jong-kook updated his YouTube with a new video.

In the video, Song Ji-hyo and Kim Jong-kook having a conversation together at his home.

As soon as Song Ji-hyo arrived, Kim Jong-kook commented, "You are two hours late. We were actually supposed to meet outside, and..."

He resumed, "We planned on sitting at a nice place, and have a talk there. But she said she drank too much last night."

Song Ji-hyo smiled awkwardly and responded, "Yeah, I drank a lot, because I felt lonely. Sorry."

Kim Jong-kook told her, "You must make some alterations to what you take every day."

He laughingly added, "Most of all, you should stop drinking."

After that, Kim Jong-kook told Song Ji-hyo several other useful things she should do to lose weight.