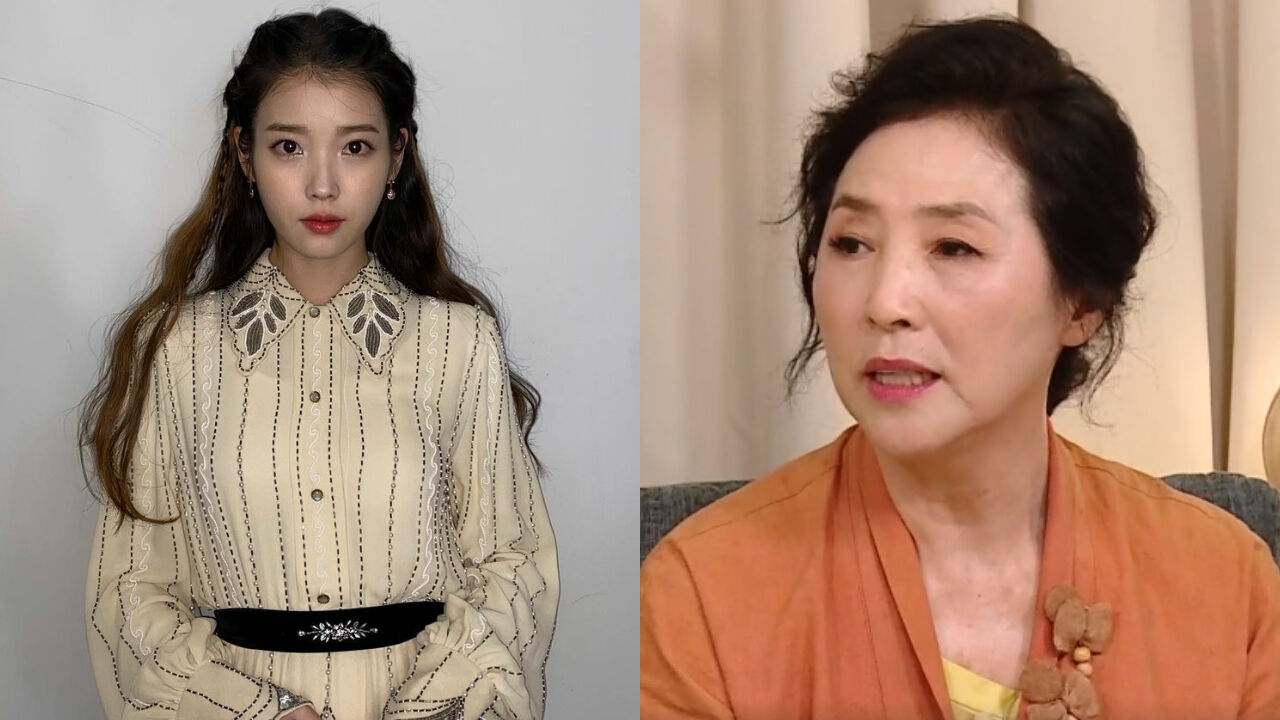 During the talk, the hosts mentioned Go Doo-shim being a mother of a great number of big stars in dramas in the past.

While on the topic, they asked if there was a particular star who she remembers the most.

Go Doo-shim answered, "Yes, there is. I remember IU the most. We acted in KBS' drama 'You Are the Best!' in 2013 together. She was my daughter in it."

She continued, "IU is small, but has such a big heart. She's so kind and thoughtful. We still keep in touch with each other every now and then."

After that, Go Doo-shim revealed that IU recently sent a snack truck to the movie set where she was filming her upcoming movie 'Everglow'.

Go Doo-shim said, "I felt so grateful for that. She wrote, 'Dear my beloved mother Do-shim' on the truck as well. As IU was filming something at that time, I treated her with a snack truck too."

Then, Go Doo-shim shared one other occasion when IU melted her heart a short while ago.

The actress said, "In 'Everglow', one of IU's songs 'Through the Night' gets played. Ji Hyun-woo and I sing the song together a lot as well. It's almost like the main soundtrack of the movie."

She resumed, "When I told her that we wanted to use the song for the movie, she was like, 'Sure! Just use it! Use it as many times as you like. It's no problem.'"