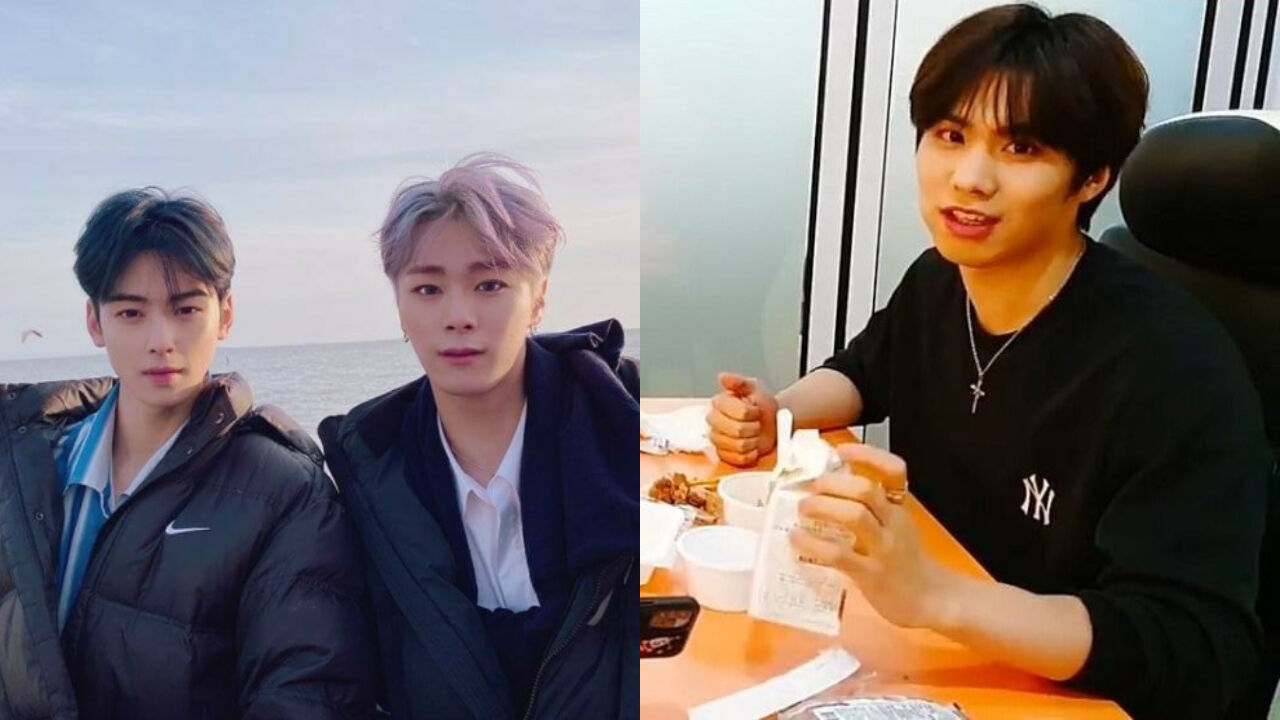 ROCKY of K-pop boy group ASTRO shared how popular his fellow members Cha Eun-woo and MOON BIN were back when they were still in school.

Recently, one past broadcast of ROCKY and ASTRO's maknae Yoon San-ha resurfaced online.

While having latenight snack together, ROCKY talked about the time when he attended the same high school as Cha Eun-woo and MOON BIN.

ROCKY said, "Eun-woo and MOON BIN were just like those mega-popular high school students in a cartoon. Their popularity was something else, really impressive."

He explained, "They were just... Wow... It wasn't easy for me, as everyone looked at them, you know. I always stayed like a meter away from them when going to school together."

Then, ROCKY described the moments when he felt how popular they were.

ROCKY said, "At that time, Eun-woo used his real name Dong-min. My classmates would be like, 'Can you please call Dong-min to come to our classroom?' I couldn't say no at times, because they looked at me with kitty eyes."

The ASTRO member continued, "When Eun-woo came, all girls would stick their faces to windows to the hallway to see him as close as he could."

He went on, "There were always screams around Eun-woo, so I would know where he was, but it was so hard to find MOON BIN in school. He was asleep. Whenever I went to see him, he was sleeping on his desk."