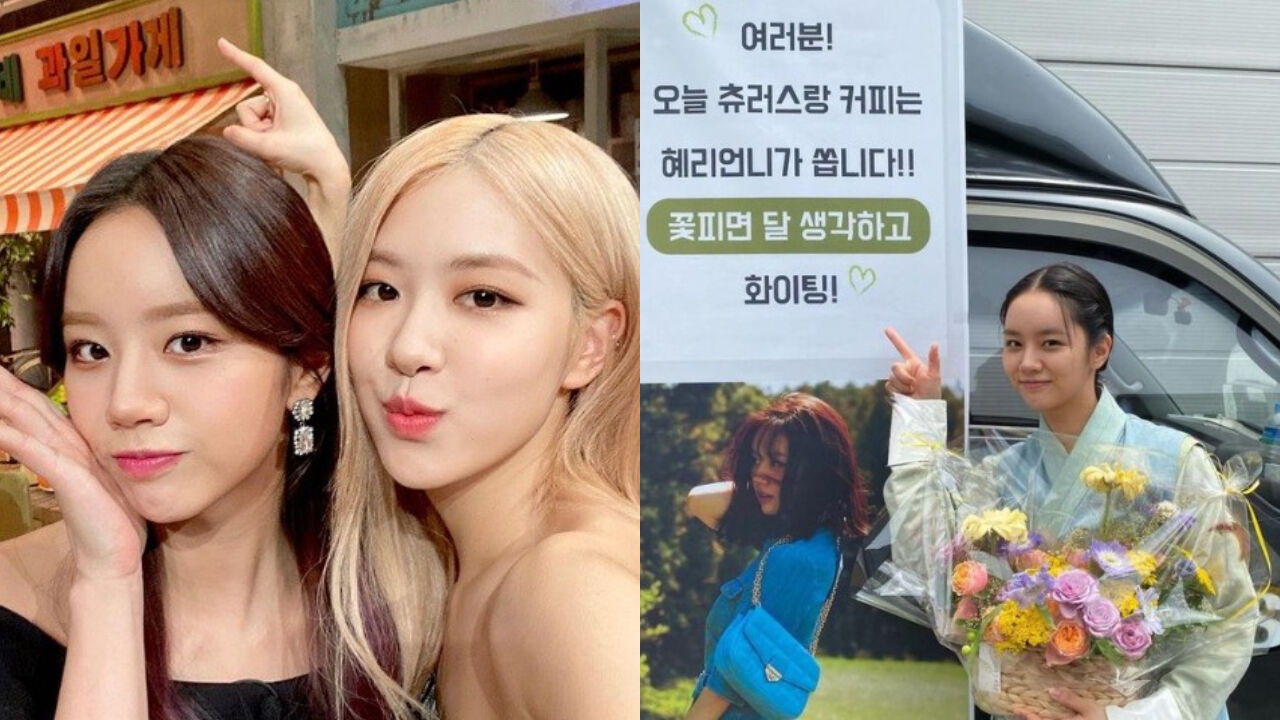 On June 10, Hyeri updated her Instagram with some new photos.

The photos showed a snack truck that had been delivered to the filming site of Hyeri's drama.

In the photos, Hyeri stands in front of a snack truck with a bright smile on her face.

On the snack truck, it said, "Everybody, Hyeri is treating you to churros and coffee today! Supporting the drama 'When Flowers Bloom, I Think of the Moon'."

It also said, "ROSÉ <3 Ro-seo (the name of Hyeri's character in the drama). Please give as much love to Ro-seo."

Under this post, Hyeri wrote, "Park Chae-young (ROSÉ's Korean name), you are just amazing. I love you."

She continued, "You always give me so much support. I'm crying because I feel so grateful."

In the comment section, ROSÉ simply replied to her caption with a heart emoji.

Hyeri and ROSÉ became close while shooting a television show together; they are known to be very close to each other.