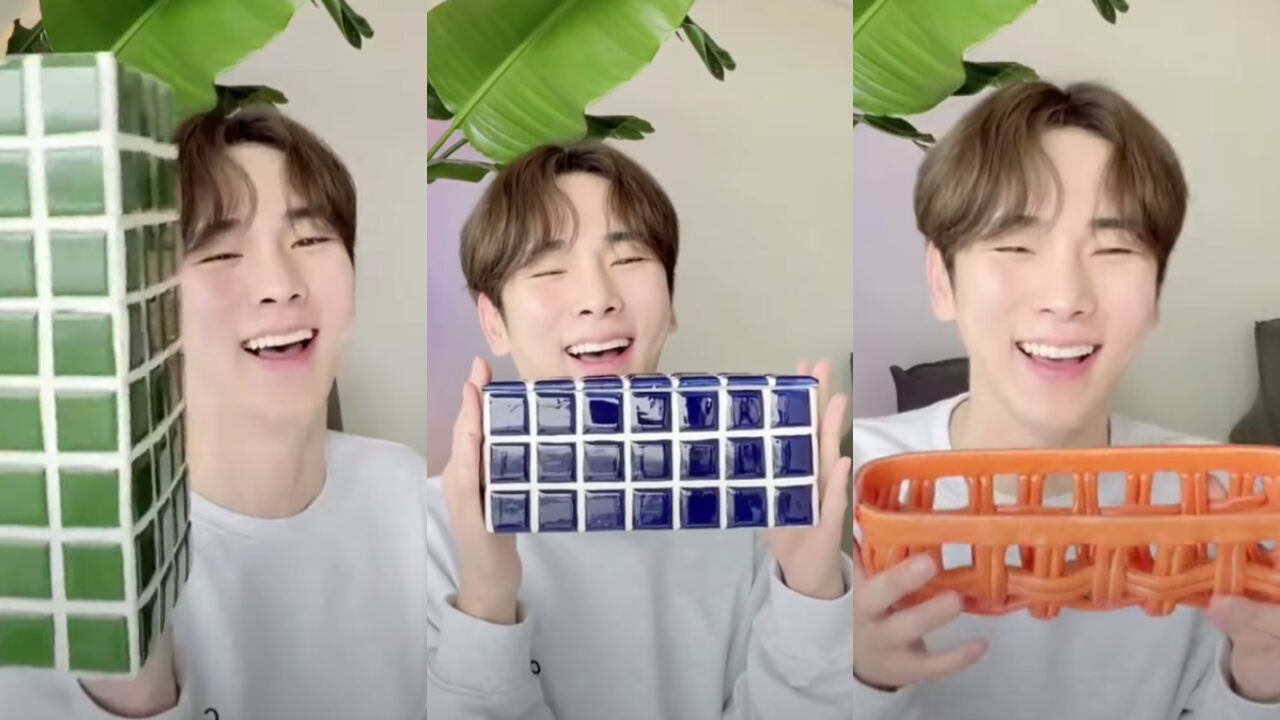 KEY of K-pop boy group SHINee burst out laughing while showing off silly self-chosen gifts from his fellow member ONEW.

On June 8, KEY went live on NAVER V LIVE for about 45 minutes.

During this live broadcast, KEY showed off some gifts that he received from ONEW.

He said that he recently ate with ONEW, and he told ONEW some items that he wanted to have at his new place.

Then, ONEW gave him his card as he did not have time, and KEY went to buy them himself.

They were square flowerpots in different colors and an orange ceramic basket.

When KEY held them up to show them to fans, he could not stop laughing for ages.

Then, he explained why he laughed so much later on.

KEY said, "These are so pretty, but they are pretty much just beautiful waste. There is no use for them. I don't think I'm going to use them anywhere, really."

He continued, "But these are things that you need. I mean, look at the colors! We all love beautiful waste, don't we?"


Regarding this, fans left comments such as, "True. We just can't resist pretty things even though they are completely useless.", "His laugh makes me laugh!", "Why are you so embarrassed of them? Be confident of buying waste! LOL" and so on.